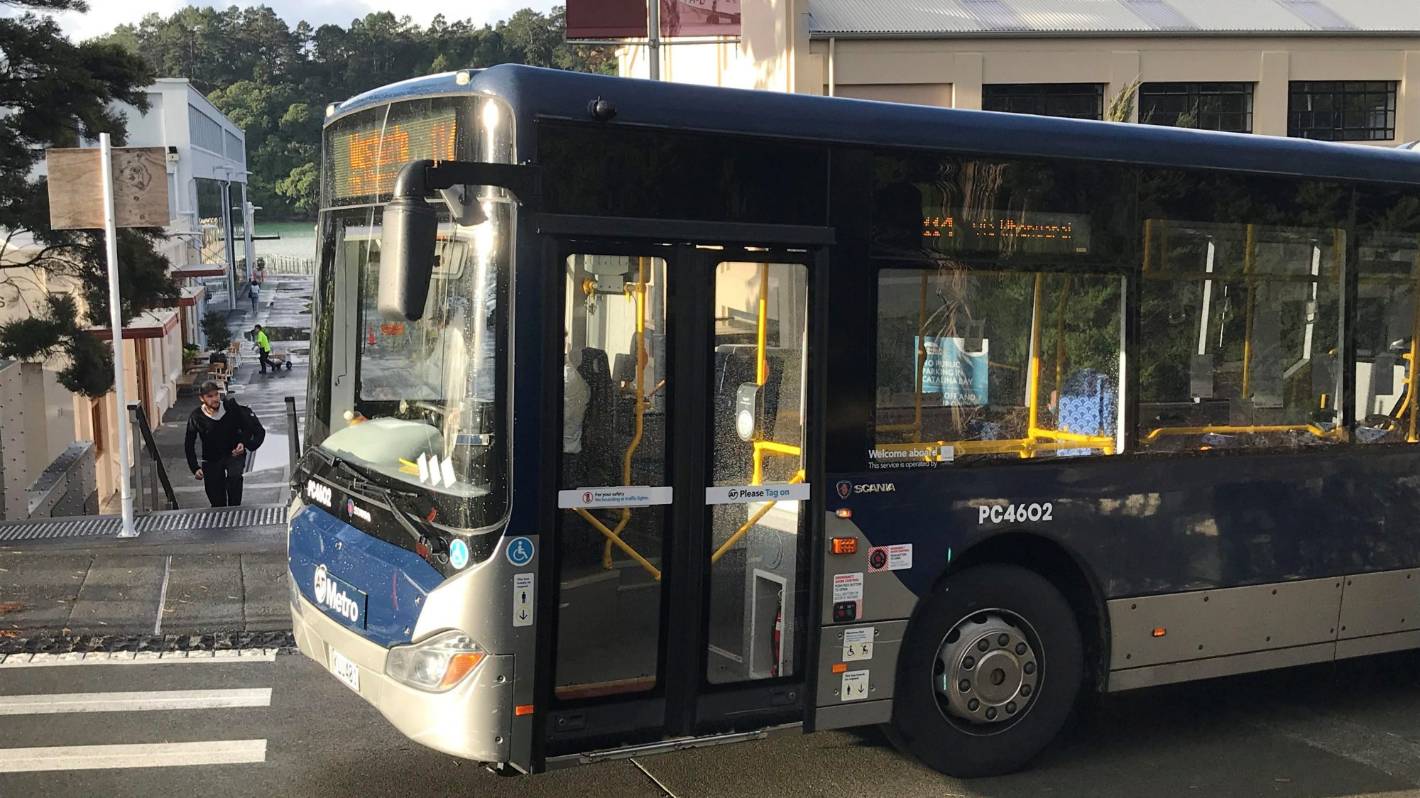 Hobsonville Point in northwest Auckland is the last place you would expect to find a challenge to reduce driving to reduce emissions.

The former Air Force base is the nation’s largest sustainability-focused planned community, with a ferry terminal built and services running, almost before the first residents of a eventual 11,000 inhabitants move in.

However, the free buses that connect to the ferries are almost empty, as most of the hundreds of daily ferry commuters drive their cars a short distance to park for free.

It’s a challenge for a city committed to halving carbon emissions by 2030, requiring a 64% reduction in transport emissions, including a halving of driving. Short trips are a big part of city driving.

READ MORE:
* Hutt City Wins Breakthrough Bike City Award
* Getting Aucklanders out of their cars will be the sales job of the century
* Climate change: Auckland councilors vote to cut transport emissions by 64%

Auckland Council has committed $726 million over a decade to climate action, much of it to phase out diesel buses, buy 6-7 low-emission ferries and make PT services more extensive and frequent .

But the climate gains from this investment will be eroded if people maintain their current level of driving to connect with their zero-emissions commute. So what’s the appeal of the car, over the alternatives?

“It’s a personal preference,” tourism industry worker Becca Heath said of her “standard route” from Hobsonville Point to downtown, driving to the Albany park and ride to catch the bus.

“I’m not a morning person and I try to sleep as long as possible,” she said.

Eddie Dolan is almost equidistant from two ferry routes, a long walk or bike ride from each.

But the car is often the easiest way to get to the mode of public transport of your choice.

The West Harbor and Hobsonville Point ferry terminals are out of realistic reach for him at 25 minutes. West Harbor has a bus stop nearby, but not at the terminal, and until recently no bicycle parking.

To the east, the free buses that connect the ferry to the city center have not reliably waited for incoming crossings for years.

“You would see the bus pull away when the ferry comes in,” Dolan said.

Business analyst JP dela Rosa is a 10-minute walk from the ferry, but especially in the winter he mostly drives there.

“There are plenty of parking spaces, it’s not too much of a hassle – it’s about time and convenience,” he said.

“The car is a practical thing, it’s just there,” said another commuter. “If I have groceries, I don’t drag them on the bus”.

“These are people who want their journey to fit their life, rather than their life to fit into their journey,” said Claire Covacich, senior transport planner at Auckland Transport (AT), well aware of the work of fashion change that awaits them.

The recently approved transport emissions reduction pathway (TERP) shows what is needed to meet 2030 climate goals: significantly less driving, a 17-fold increase in the share of bicycle trips and a nine-fold increase in car trips. PT.

With half of all car trips under 6 km and half of all short trips (up to 2.5 km) made by car, it is these short trips that TERP sees as “the greatest opportunity for fashion change”.

AT knows what city targets face when it comes to Auckland and their cars: “People are very attached to them – it’s a personal, individual convenience,” Covacich said.

Things watched the morning ferry exodus from Hobsonville Point. Even in the post-Covid-19 disruption, at 8:30 a.m., around 150 cars were in a free parking lot near the ferry terminal.

Buses are free when travel is connected with a ferry ride, but for two departing ferry services, only one passenger got off one bus and only two got off the other.

JP dela Rosa walks in the summer, and he and Dolan said more could be done to encourage alternatives to driving.

In a community built with an emphasis on public transportation, bus usage is low (Video from April 2021)

“If you take your bike to the ferry terminal, you don’t have a place to leave it – If it’s an electric scooter, where do you leave it,” dela Rosa said, noting that many more and more downtown offices were shrinking, with less space for workers to bring scooters.

“A few (rental) Lime scooters on Hobsonville Point would help,” he said.

“We have recent examples of (bike parking) investments and that has made a difference,” said Pete Moth, AT’s public transportation network development manager.

Moth cited the West Harbor and Bayswater ferry terminals, and in the central city near Britomart as examples. But the program has limitations.

“Everything is limited by funding to some degree,” Covacich said. Work is underway to identify priorities, but this will feed into the next three-year transport funding cycle.

Some of the technically simpler measures to make cars less attractive are the more politically difficult.

Despite being discussed for 17 years, the notion of charging to use currently free park-and-ride facilities caused public outcry when it resurfaced in the latest version of the parking strategy. the city.

“If there’s a fee, a lot of people might not use the bus,” said Heath, a car/bus commuter.

another commuter Things spoke to said if there was a charge to park she would switch to the bus.

Covacich acknowledged that AT will have to “be careful” about this – “because you’re starting to encroach on their rights, their convenience.”

Sustainable transport and accessibility advocate Tim Adriaansen commutes by bike most of the time, only using his car a few times a month, but he knows that’s not yet the case for everyone.

“At the moment we have a city where it’s easy to drive a car, so people think it’s the best option for them,” he said.

“What we really want is a system where everyone feels they have different choices that work well for them.” he said.

According to AT’s Moth, new ideas have succeeded, such as the AT Local electric minibus service around Takanini and Papakura in the south, connecting people to train stations at no extra cost or to town centers.

“There are a lot of things we can do very quickly – pop-up bike lanes, keeping PT fares low and subsidizing e-bikes is something we could roll out immediately,” he said.

“Getting most people out of their cars – which is what TERP is – is a long-term thing that will take us 8-10 years.”

AT said it needed to do more to raise awareness of the existing system – such as free connecting journeys at either end of a ferry journey and using social media campaigns to ‘normalise’ use of the PT.

Creating public acceptance of why personal change may be necessary if global warming is to be halted is another issue.

“My opinion is that it (the conversation) needs to be community-wide,” Covacich said.

“It’s a whole-of-society issue, but it’s idealistic because for a lot of people the end result is the dollar, so we need to find ways to encourage that,” she said.