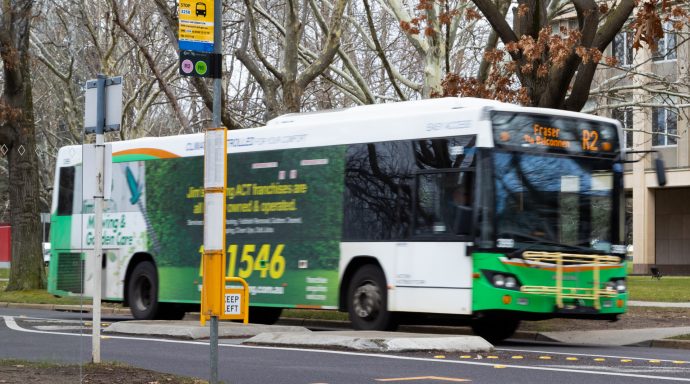 What keeps women in Canberra from using public transit or active commuting?

Whether they are worried about being able to pick up a sick child quickly from school or the general difficulty of transporting multiple children and grocery shopping, or concerns about their own safety, especially at night, there are several reasons. for which the women of Canberra do not catch the public transport.

These findings were revealed in a recent survey of barriers preventing women in the south of the city from using public transport or active modes of travel.

Last week Labor MP Dr Marisa Paterson presented these findings in the ‘Her Way’ report, which included 43 concrete recommendations the ACT government could implement to encourage women to use modes of transport other than the car.

With major disruptions to Canberra’s road network expected in the coming years with the construction of the second leg of the light rail to Woden, Dr Paterson noted that the timing could not have been better.

She acknowledged that while this disruption would cause stress, “we all contribute to the traffic jam we’re stuck in.”

“The best way to reduce congestion is to reduce traffic,” she said.

Dr Paterson was surprised at the number of survey respondents who wanted to stop using a private car for short trips.

She said women were at the center of the report, as they still shoulder the bulk of childcare and housework responsibilities, which means they are more likely to face time challenges. and flexibility.

Dr Paterson herself admitted that her car played an important role in her life and that one of her fears was that one of her children would have to be picked up from school and that she couldn’t do it without car.

“But when I think about it, I can honestly say that in 13 years of my kids going to daycare and school, I can count on one hand the number of times my kids have had to be picked up from home. school early, ”she said.

The sequencing of trips, when several errands or activities have to be “done along the way”, was also a concern for some survey respondents.

Others, Dr Paterson said, feared for their safety from boarding a bus late at night or waiting alone at an interchange.

Women are also less likely to feel confident than men when riding a bicycle.

Dr Paterson also explained that women are a good litmus test, because if public transport or active modes of travel are safe and accessible for women, it will be for everyone.

Among its recommendations were providing better resources and tools to help people prepare personalized travel plans, improving communication on real-time applications, and investing in the territory’s active travel network.

She also called for better information on secure bicycle parking and more lighting at bus stops and interchanges.

In his address to the Assembly, Dr Paterson said encouraging people to adopt more sustainable modes of transport could also align with more ambitious goals such as reducing transport emissions.

The ACT government has taken note of the report and will now seek to incorporate the recommendations into existing and future work programs.

Opposition transport spokesman Mark Parton was apparently delighted with the report, saying it “saved the transport minister” and fully condemned ACT’s public transport system, in particular in the south of the city.

He sought to amend Dr. Paterson’s motion to reflect this, but to no avail.

Dubai reaffirms its position as an international cruise tourism hub

Public transport strike in Italy against the covid Green Pass