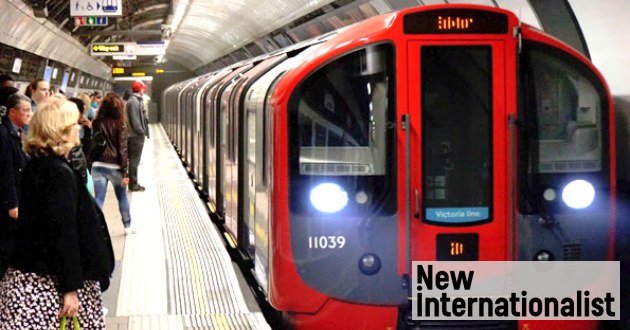 What if… urban public transport was free for everyone?

Official delegates visiting Glasgow for the United Nations Climate Conference in November will receive a free pass for buses, trains and metro. But once they look around at regular bettors, they will see that the inhabitants of Scotland’s largest city juggle a cacophony of individual paper tickets and separate chip cards on a daily basis.

Urban and regional transport is as much a part of daily life as education and housing. When we can move around easily, we don’t just benefit as individuals, we benefit as a society. It seems that it would be a win-win solution to make public transport free for users and pay them out of general taxation.

At first, the idea may seem impractical, but just take a look at the cities, regions and, in one case, a whole small country, that have already implemented it. The Estonian capital of Tallinn has come part of the way. The city’s 438,000 residents pay a small fee for a pass that gives them free access to public transport, but tourists still pay full price. In a sense, this supports the city’s transport budget, but it also means that there is still a need for expensive ticketing infrastructure and enforcement regimes. Wouldn’t it be simpler to completely do away with the ticket office and instead levy a tourist tax on overnight stays?

Although public transport has already been heavily subsidized in Luxembourg, from 2020 ministers decided to remove fares and ticket controls on trains, trams and buses, which cost only 44 million. of dollars. Transport is not only free for the 600,000 inhabitants of the Grand Duchy, but also for its many commuter workers and incoming tourists. “The objective is to stop the widening gap between the rich and the poor,” FranÃ§ois Bausch, the green politician in charge of the program, said at the time.

Dunkirk has been another prominent test bed for toll-free travel – and no, that’s not a bad joke on WWII Operation Dynamo. In 2018, the city (91,000 inhabitants) relaunched its public transport system by granting free travel on five express bus lines, each operating at a frequency of 10 minutes. This had the desired result: a survey of bus passengers showed that ridership in Dunkirk increased the following year, with passenger numbers doubling on weekends.

In 2019, Delhi Chief Minister Arvind Kejriwal announced free bus and metro rides for women as “a gift to our sisters.” In 2012, a woman was brutally raped and murdered on a private bus in Delhi. Politicians concluded that having more women on public transport would improve safety and therefore decided to address the fact that women were much less likely to travel on buses and trains in the first place. The fact that this device has been deployed in a region of 16.9 million inhabitants is an encouraging sign that free transport is not only achievable for small towns in the West.

There is, however, a thorny issue with free travel – the potential for bosses to use it as an opportunity to downsize. In Luxembourg, such concerns have prompted transport unions to oppose free travel. Since many transportation workers focus primarily on collecting and applying revenue, and companies have a proven track record in using smart ticketing and automatic barriers to reduce costs, this argument cannot be rejected out of hand.

Rather, passenger advocacy groups should work with transport unions to double demand for free urban transport, along with legal staffing guarantees that would make public transport safer and more accessible. Railway ticket inspectors should receive full safety training, and trains should never run with a single ‘safety-critical’ worker on board – a long-standing demand from UK rail unions concerned about the operation exclusively reserved for drivers. Ticket clerks and employees of buses who currently carry out spot checks should be trained to provide assistance to elderly and disabled passengers, as well as anyone who needs assistance on board.

Free travel is not a panacea against inequalities and must go hand in hand with measures to make our urban agglomerations suitable for walking and cycling. But in addition to the potential for reducing car use, it could help make public transport safe, secure and accessible to all.

This article is taken from the November-December 2021 issue of New Internationalist.
You can access the entire archive of over 500 issues with a digital subscription. Subscribe today Â»

Patreon is a platform that allows us to offer more to our readership. With a new podcast, eBooks, tote bags and magazine subscriptions on offer, plus early access to videos and articles, we’re very excited about our Patreon! If you’re not yet on board, check it out here.