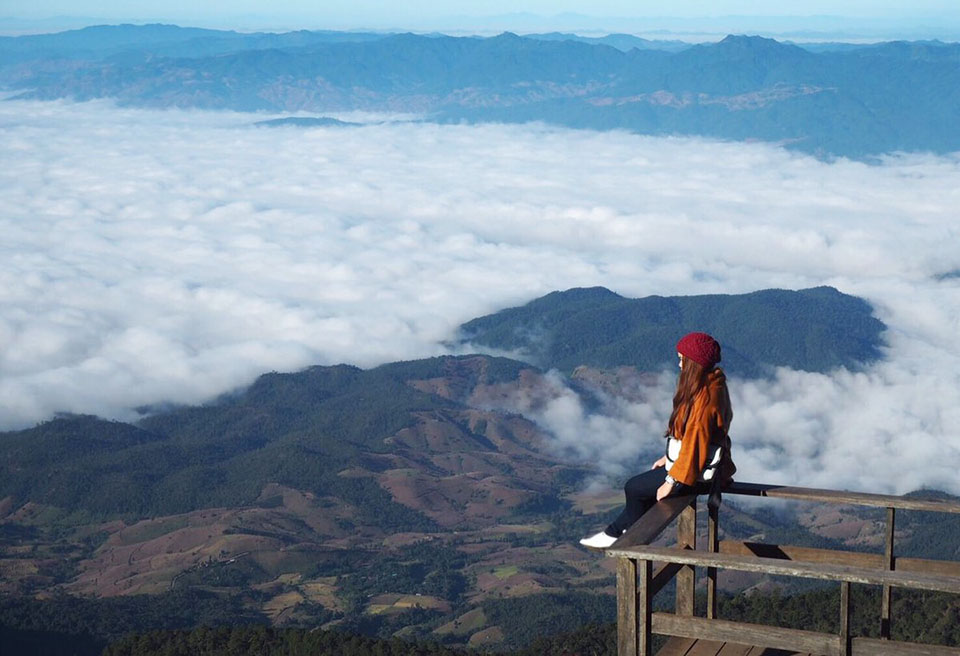 Tourism in the cold season officially begins in Thailand

The cold season has officially started, although a noticeable drop in temperatures is not expected to be widely felt in Thailand until November 8. Meanwhile, a sea of â€‹â€‹fog and blooming wildflowers atop Doi Inthanon in Chiang Mai await tourists, who could start visiting the national park on November 10.

The temperature at the top of Doi Inthanon in the Chom Thong district of Chiang Mai reached a low of 10 degrees Celsius this morning (November 2), giving rise to a picturesque sea of â€‹â€‹fog that surrounded the Kiw Mae Pan viewpoint and the twin pagodas nearby. The wild purple flowers are now in bloom, waiting to welcome tourists who will climb Inthanon Mountain this month.

Doi Inthanon National Park will be open to visitors from November 10. Tourists are encouraged to observe public health measures, for their own safety and that of others.

Although Thailand officially entered the cold season today (November 2), the chilly winds are not expected to be widely felt until November 8 and 10. Rains are expected during this period, although precipitation is expected to decrease in the northeast and east. Thereafter, temperatures will drop 3 to 5 degrees Celsius in the north and northeast and 1 to 3 degrees elsewhere. There will always be high humidity in the northern and central regions, which can lead to rains.

An area of â€‹â€‹low pressure covering the eastern part of the Malay Peninsula will move towards the southern region of Thailand, while easterly winds will prevail over the Gulf of Thailand and the south. These conditions are expected to bring heavy rains to Surat Thani, Nakhon Si Thammarat, Phatthalung, Songkhla, Yala, Pattani, Narathiwat, Ranong, Phang Nga, Krabi, Trang and Satun. Flash floods and forest runoff could also occur this week. (NNT)