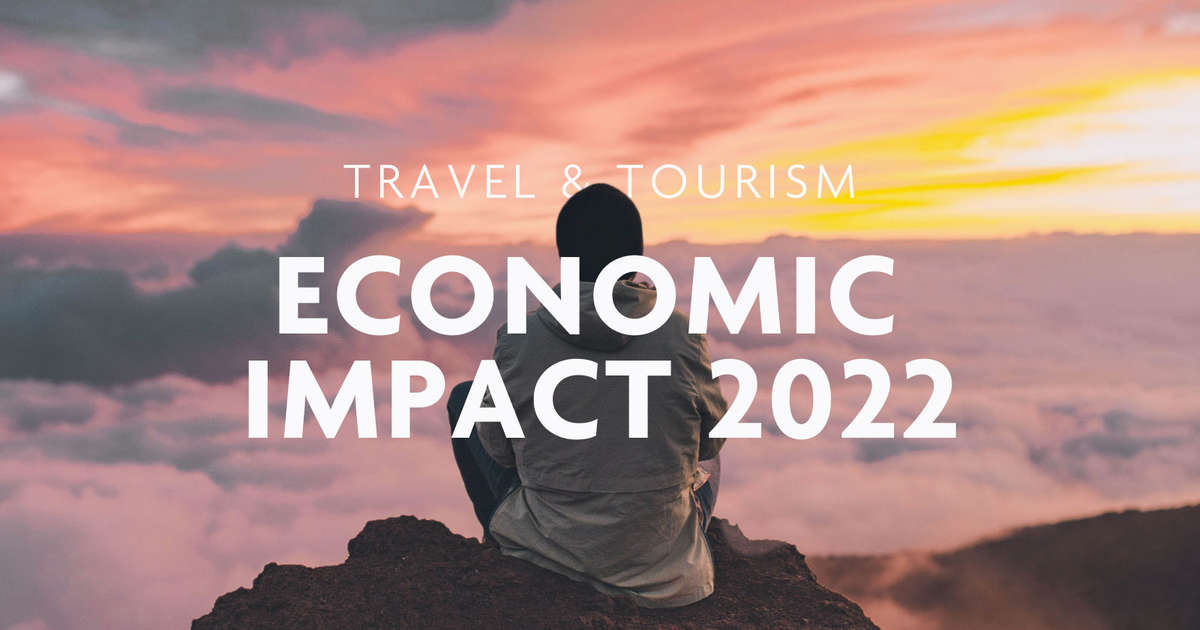 Its top tier has been reaffirmed, despite long and damaging travel restrictions that have done little to stop the spread of COVID-19 and only resulted in severe economic losses.

However, although its number one position was retained, the contribution of the US travel and tourism sector to the national economy fell by US$700 billion in 2019, to just under US$1.3 trillion. US dollars last year.

Oxford Economics research for WTTC shows there was no change in the top three countries – with China second and Germany third.

But the ranking is illusory, as major economies have increased their numbers thanks to domestic travel, while the number of international visitors has fallen.

In the United States, the ranking of international traveler spending saw it fall from its top position before the pandemic.

But despite the challenges of the past two years, the new report from the global tourism body shows that business travel is on the road to recovery.

Julia Simpson, WTTC President and CEO, said: “Our report shows the resilience of the travel and tourism sector, despite the impact of travel restrictions around the world which have failed to halt the spread of the virus.”

“Despite a challenging macro environment, Travel & Tourism has rebounded. The world, with few exceptions, is traveling again. And we are seeing an upsurge in business travel. tourism will overtake the global economy.

WTTC data reveals that in terms of the travel and tourism sector’s contribution to GDP, China retained its second position, with over US$814 billion, while Germany remained the third largest sector. of travel and tourism to the world, contributing US$251 billion to the German economy.

In terms of spending by international travelers, France, which was in fourth place before the pandemic, overtook Spain, China and the United States to take the top spot.

China, which remains closed to much of the rest of the world, was in second place before the pandemic, but has fallen dramatically to 11th position in 2021.

Across Asia-Pacific, major travel and tourism markets such as Thailand and Japan experienced huge losses in international spending, which caused both markets to fall – to fifth and eighth place respectively before the pandemic – of the top 20 in 2021.

According to WTTC forecasts, global business travel is expected to increase by more than 41% this year. Over the next 10 years, he predicts that business travel could increase by an average of 5.5% per year and could return faster to the Asia-Pacific region.

The WTTC predicts that by 2032, China could overtake the United States to become the world’s largest travel and tourism market.

Research shows that China’s travel and tourism sector’s contribution to GDP could reach US$3.9 trillion by 2032, making it the most powerful travel and tourism market in the world, and that the India could overtake Germany to reach third place with a projected value of US$457 billion.

According to the WTTC 2021 Economic Impact Reportin 2020, a year in which it was devastated by the COVID-19 pandemic, travel and tourism contributed 5.5% to global GDP and was responsible for 272 million jobs .

We will put C/River back on the world tourism calendar, candidate for PDP guber – The Sun Nigeria