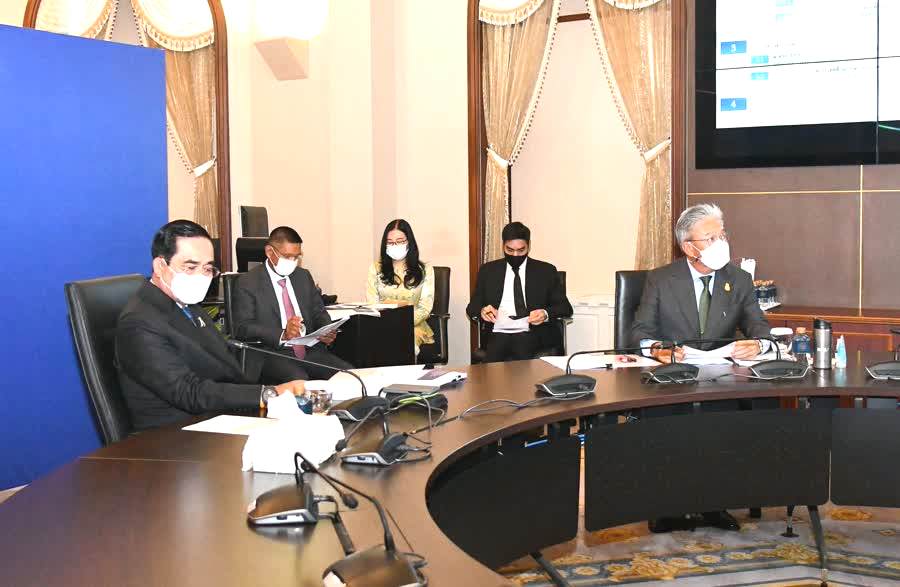 Thailand opens its doors with a focus on economy, quality tourism and safety for all

The economic committee of the COVID-19 Situation Administration Center (CCSA) has approved a program to support employment for SMEs and a mechanism to reopen the country to tourism.

Prime Minister General Prayut Chan-o-cha chaired the fourth 2021 meeting of the economic body of the CCSA by video conference, saying that economic and tourism stimulation must be continuous and meet the needs of the private sector. He stressed that the government needs new sources of income and called for focusing on quality tourism and safe travel in the country, noting that his visits with the public have revealed that many groups need help. on issues such as household debt, skilled labor. even outdated laws that limit progress.

Recognizing that the post COVID-19 world will be a world of strong competition, he called on all state agencies to go beyond simple compensation and financial aid to more beneficial development aimed at the self-sufficiency. The prime minister said he wanted a complete transformation of the nation and explained that government programs related to basic and digital infrastructure are not aimed at achieving short-term results but at ensuring long-term sustainability.

The meeting then approved in principle a program to maintain employment in SMEs and an approach to reopening international tourism in the country in accordance with government policies. The latter program envisions Phuket as a world-class destination and involves the â€œVisit Thailand 2022, Now Even More Amazing Thailand Has It Allâ€ campaign.

At the end of the meeting, the prime minister said his administration is committed to addressing economic issues as well as the current flood problem to ease the burden on the public, outlining employment-related programs , business rehabilitation, credit granting and debt suspension as well as travel. projects such as the Phuket Sandbox, which brought income to the Kingdom. He said the state’s focus is on maintaining employment and creating new jobs to tackle unemployment and vacancies in industries. While accepting the need for foreign labor, he said he also wants Thai nationals to have jobs, especially in modern factories. (NNT)