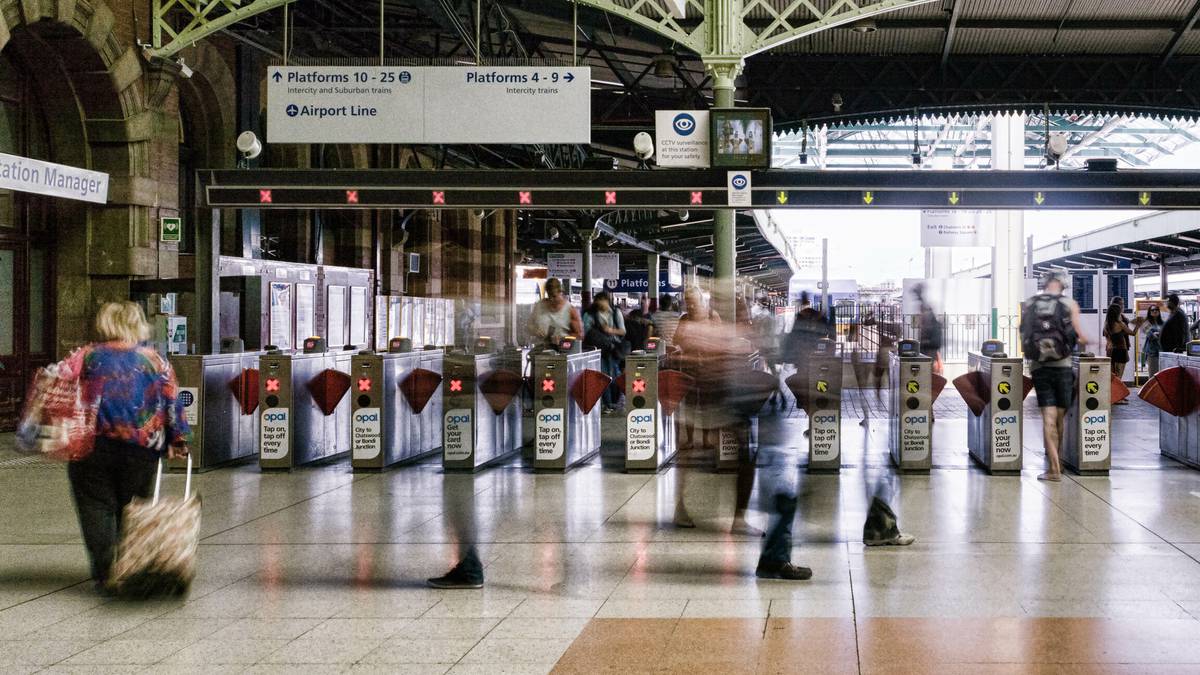 The New South Wales transport minister has raged after a railway union said it would close ticket machines at stations.

Disabling the opal card system for a week will make driving free for commuters and ’cause headaches for the NSW Government’, the Rail, Tram and Bus Union hopes.

But Transport Minister David Elliott said instead of targeting him and the prime minister, the shutdown would hit taxpayers.

‘The union continues as if they are personally targeting the prime minister and me,’ he said, according to the Daily Telegraph.

“It doesn’t come out of my pocket. The union is forcing Transport to bleed money, it’s not the kind of thing you would do if you asked us to invest more.”

The opal breakdown will be part of a set of new industrial actions that will begin on September 21 and will continue “indefinitely”.

“This will allow commuters to move around the network for free. If there is no way to switch them on or off, they cannot be fined. This action comes with the fact that our transport officers do not issue fines or warnings,” said RTBU NSW Secretary Alex Claassens. said in a statement to union members on Tuesday.

“We must ensure that all doors are turned off and remain off. If anyone comes to your station to turn the opal readers back on, please let us know immediately as this may be an undesirable action.”

Mr Classens hoped the move would cause the government to reconsider its “stuck negotiations and public fights”.

“Switching off the Opal machines will cause headaches for the NSW government and management and will also have the added benefit of providing free travel for our commuters, who have unfortunately had to bear much of the brunt of the continued stubbornness of the New South Wales Government on this matter.”

This is not the first time the railway union has tried to target government pockets.

RTBU station staff left doors open at stations across the state and stopped issuing fines and warnings, part of a wave of industrial action throughout August .

But the opal card readers remained on and most passengers decided to tap on them anyway, despite there being no apps in place.

Prime Minister Dominic Perrottet said on Wednesday that 90% of travelers were still using.

“It just shows that the people of NSW just want to keep going,” he told reporters.

A Transport for NSW spokesperson thanked the majority of commuters for continuing to type when the doors were left open.

“Between August 13 and September 2, there were approximately 670,000 plays per day on an average weekday in the Greater Sydney area,” they said.

“That compares to the daily weekday average of around 770,000 tap-ons in May, when there was no industrial action.

“Transport for NSW thanks the vast majority of Sydney Railways customers who did the right thing by continuing to activate and deactivate their Opal cards during the recent protected industrial action.”

Other actions taken by the union in September include a ban on wearing lanyards and name badges, a ban on making announcements regarding opal processes or issues, a ban on station staff to participate in online training or online instructions and the prohibition of non-safety critical rail emergencies. management.

These will also start from Wednesday next week and continue indefinitely.

The dispute between the RTBU and the state government centers on a new pay deal, which has resulted in multiple strikes, commuter chaos and heated negotiations.

Tensions reached breaking point in late August after 70 per cent of Sydney’s rail fleet did not run on the last day of the month following the union’s refusal to operate foreign-made trains for 24 hours.

This led to a furious Mr. Perrottet threatening to tear up their company agreement and take the matter to the Fair Work Commission.

But the RTBU then applied to the Fair Work Commission for orders to bargain in good faith following the prime minister’s ultimatum.

By doing so, the RTBU hoped to bring the government back to the negotiating table and prevent it from following through on its attempt to terminate the enterprise agreement.

The Fair Work Commission hearing will continue on Wednesday after two days of conciliation.

The RTBU is demanding a 3.5% annual wage increase for railway workers, while the government has proposed a 3% increase.

The state government has also pledged to address the union’s safety concerns with a $2.8 billion intercity train fleet, which has been left to gather dust as workers refuse to leave. ‘to exploit.

Transport for NSW has been contacted by news.com.au for comment.