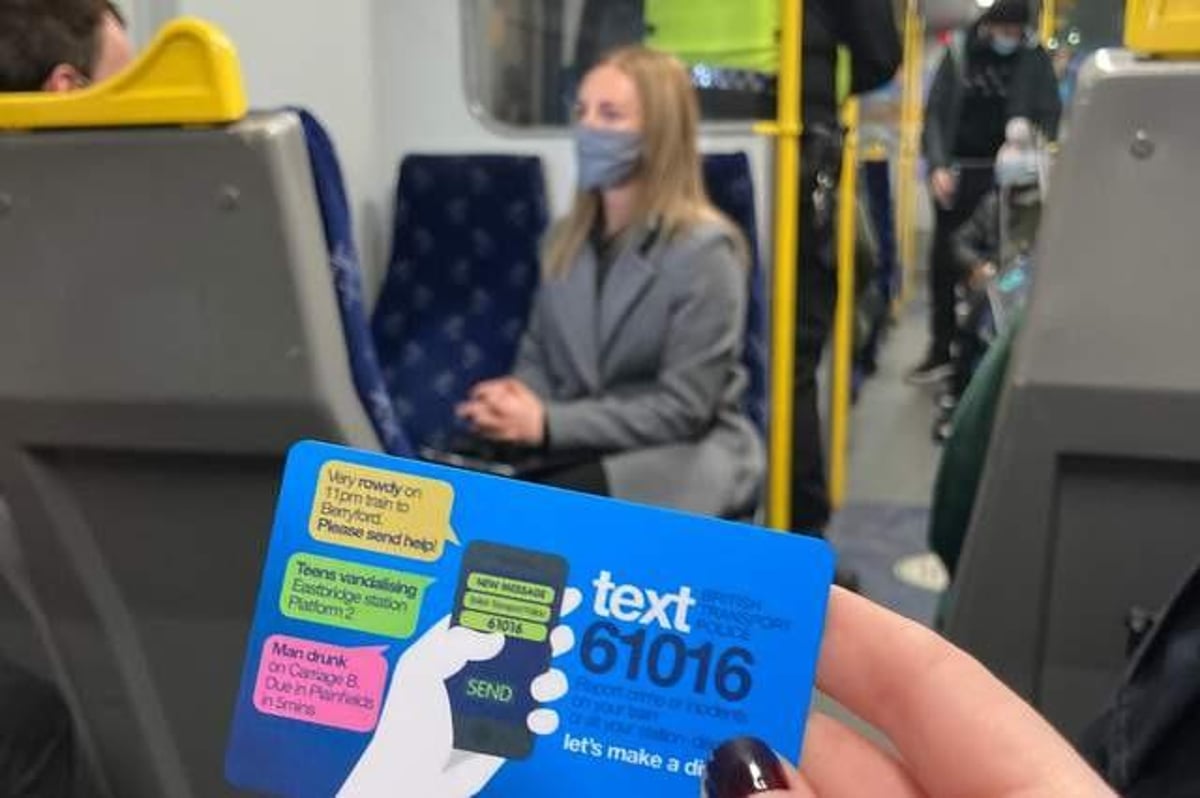 The gap is even wider among young adults, with 17% of men aged 16-34 reporting feeling unsafe, compared to 58% of women – the highest proportion of any age or sex.

The findings were released by the Office for National Statistics (ONS) as part of a wider survey of perceptions of personal safety and experiences of harassment.

Register to our daily newsletter

This is the first time the ONS has asked questions about safety on public transport, with answers collected from adults in Britain between February 16 and March 13, 2022.

The 61016 SMS number launched by British Transport Police so members of the public can report crimes such as sexual harassment on trains across the country (Picture: Hannah Brown).

The figures suggest just over a third of all adults (34%) ‘feel very or somewhat unsafe’ using public transport alone after dark, while nearly one in 10 (9%) do not feel safe using them during the day.

While the proportion of men and women who feel unsafe when traveling during the day is broadly similar, at 8% and 11% respectively, there is a clear difference when using public transport alone at night, at 19% and 48%.

There is also a large gap between the proportion of people with disabilities who report feeling unsafe when using public transport alone after dark (45%) and people without disabilities (29%), and between people of mixed or multiple ethnic origins (57%) and other groups, such as white (34%), Asian (34%) and black (28%).

A higher percentage of adults in London feel very or somewhat safe on their own on public transport at night (67%) compared to all other regions except Scotland (67%) and Southwest (62%).

More women (27%) than men (16%) in the latest results said they had experienced at least one form of harassment in the previous 12 months, a similar trend to the 2021 survey.