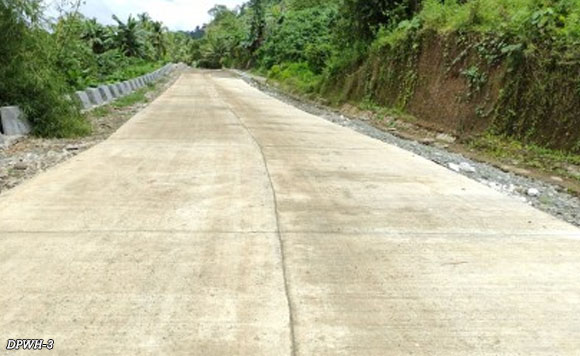 Road improvement projects appear to be boosting tourism in Aurora

Road improvement projects appear to be boosting tourism in Aurora

The road concreting projects in the villages of Ibona, Matawe and Paltic, all located in the town of Dingalan, fall under the convergence program of the DPWH and the Department of Tourism.
Aurora representative Rommel Angara, in a statement on Tuesday, cited national government efforts to improve road connectivity in the tourism hotspots of Dingalan, home to Matawe beach and rock formations, Paltic and Dingalan Lighthouse, Laktas Falls and Abungan Falls.

The national government has allocated some 29.46 million pesos for three road concreting projects, according to Angara.

Of the total funds, about P15.20 million has been allocated for the concreting of an 800 linear meter road at Barangay Ibona and is expected to be completed within 137 calendar days.

“Tourism plays an important role in Aurora’s economy and our agency has persisted in carrying out various infrastructure development projects that will help ease the burden of travel to tourist sites,” he said. .

Warning:
Comments posted on this site do not necessarily represent or reflect the views of the management and owner of POLITICS.com.ph. We reserve the right to exclude comments that we deem inconsistent with our editorial standards.