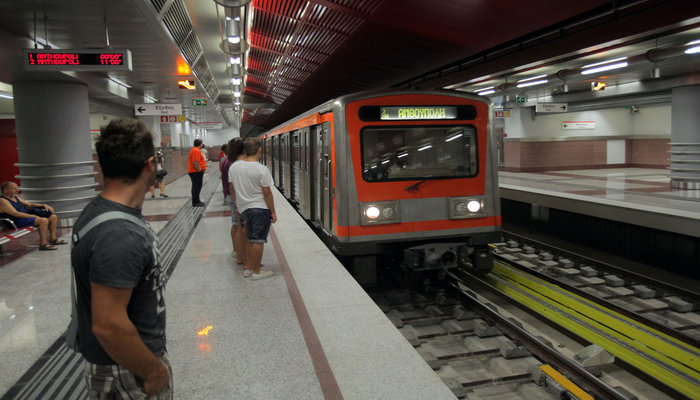 Public transport strike in Greece to disrupt travel on May 1

Public transport services across Greece, including airport transfers, intercity bus and train lines, as well as ships and ferries, will stop or operate on a limited schedule on Sunday May 1 due to union strikes in honor of Labor Day.

Commuters should be prepared for disruptions to their travel plans, as all Athens metro and tram lines will be out of service throughout the day, and buses and trains will operate on reduced routes as members unions launch 24-hour strike actions.

The national holiday of May 1, which falls on a Sunday this year, had been postponed by the government to Monday May 2.

Therefore, in addition to the strikes and reduced routes caused by the strike on May 1, public transport in Athens will also be affected on Monday May 2, as it will operate on a Sunday/holiday instead of a weekday schedule.

Strike in Athens immobilizes the metro and the tram

While the Athens metro and tram will be completely shut down on Sunday May 1, buses and trolleys will run between 9 a.m. and 9 p.m. However, vehicles will start pulling out as early as 8 p.m.

The disruption to Metro Line 3 will also disrupt services between central Athens and the international airport.

Ships and ferries of all categories will remain moored in ports across Greece due to the 24-hour strike announced by the Panhellenic Seafarers’ Federation (PNO).

Train routes across the country will also be affected by industrial action, with the National Federation of Railway Employees calling for a 24-hour strike on Sunday.

Many itineraries were canceled and travelers who had booked their tickets online were advised of their options via their contact details.

An update program with their departure times has been published for intercity trains, including bus connections, that will run. All schedules missing from the list have been cancelled.

Travelers with tickets for trains or buses canceled for May 1 can use the same ticket to travel on the same route, but those who want other changes or cancellations are advised to go to a counter before their trip.