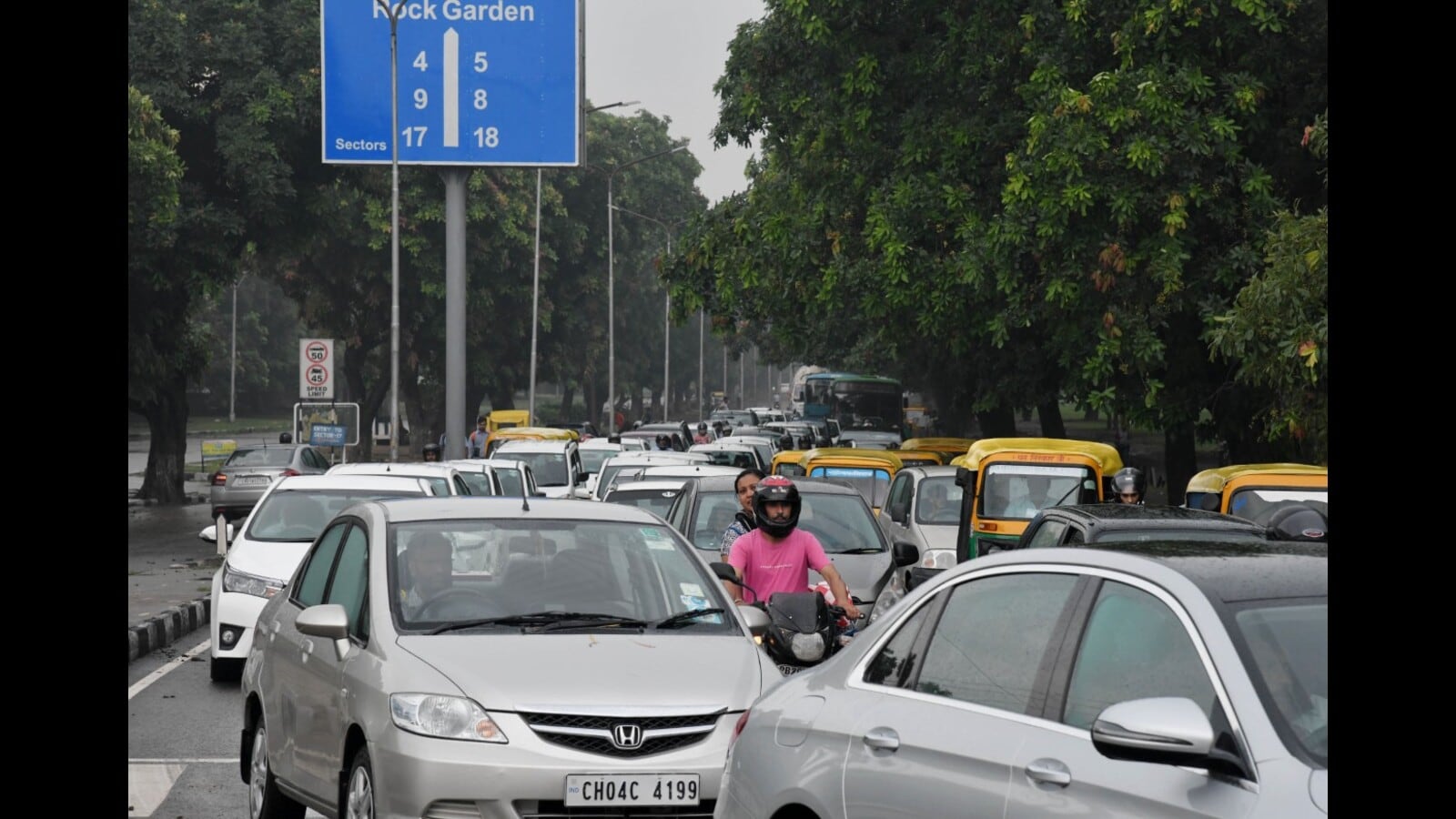 An overwhelming number of Chandigarh residents are willing to forego traveling with their private vehicle for public transport, even if it means paying more. Their only requirement: a robust mass rapid transit system (MRTS).

These are the findings of the latest survey by Rail India’s Technical and Economic Services (RITES), which is working on a comprehensive mobility plan to address the burgeoning traffic problems in Chandigarh, Panchkula and Mohali.

According to the interim report submitted by RITES, “Around 88% of people are ready to switch from their existing private mode of transport to an improved public transport system”.

Currently, only 16% of the city’s population uses buses, the only local public transport option available in the tricity. But that needs to be increased to 70% to deal with traffic chaos, the RITES report says.

The majority of those who take public buses do so for work and business purposes, accounting for 70% of total public transport users, while students make up 15% of daily users, the RITES report says.

The maximum demand for public transport in the tricity is at PGIMER, Housing Board Chowk at Manimajra, Majri Chowk and Kharar Bus Stand.

The majority of passengers (53%) access public transport stops on foot and only 16% use private vehicles.

In particular, more than 70% of passengers have to travel less than 1 km to reach the nearest bus stop. Buses are also relatively cheap, with around 34% of short-distance journeys costing less than ₹20.

ISBT-43 is for most intercity passengers

The RITES report revealed that Sector 43 ISBT recorded daily attendance of more than 71,000 people, including intra-city and inter-city travellers. While the Chandigarh railway station handles around 40,000 passengers a day, the number is around 10,000 at Chandigarh International Airport, it says.

Among them, the majority of bus and train travel are for business and commercial purposes, while most air travelers are for tourism. Around 26% of bus journeys are made for educational purposes, the report says.

Conclusions consistent with the CEPT report

Similar findings were reported by CEPT University of Ahmedabad in its report on public transport in Chandigarh. Instituted by the Chandigarh Department of Transport as part of the World Bank-sponsored Intelligent Transport System project, the report had highlighted major weaknesses in the city’s public transport.

He had pointed out that almost 80% of Chandigarh Transport Undertaking (CTU) buses, on average, were vacant. “The load factor (capacity of occupied seats on buses) of the service is around 22%, well below the desired range of 65-75%,” the report said.

One of the reasons is low trust in the system. “On average, 8% of trips are canceled daily without any prior information,” the report said.

He had suggested the involvement of private operators in the operation and management of public transport through a public-private partnership (PPP) model.

London is the latest to consider the tourist tax to pay for public transport, as part of the Welsh government’s consultation plans