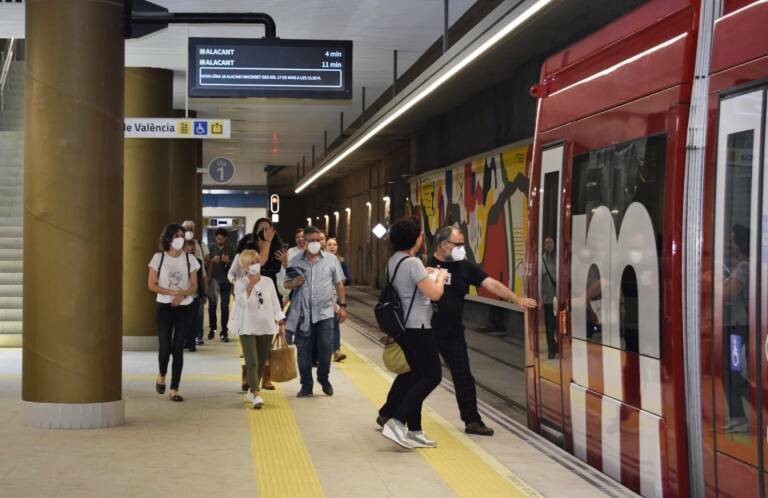 Public transport in the Valencian Community will be reduced by an additional 30% on top of the 50% already in force.

The announcement of the President of the Generalitat, Ximo Puig, on Saturday July 30, will see tickets reduced by 80% between September and the end of the year.

Speaking to Europa Press, he said: ‘We want to protect families, partly to alleviate the inflation which, as always, punishes people with less purchasing power.

The reductions will apply to users of public transport in the Generalitat (Metrovalencia, TRAM d’Alacant, TRAM Castelló, MetroBus and concessions) in addition to the subsidy for Cercanías and Media Distancia trains announced by the government.

The free trip is already available on Sundays in Metrovalencia and TRAM d’Alacant, which will continue in August.

Puig said the discount will be reassessed at the end of the year, with any continuation dependent on energy prices and the cost of living.

Puig added that he believes the current energy crisis is an opportunity to improve mobility, decarbonise and ultimately make cities more livable. Measures such as those being taken now, he believes, will facilitate this change.

Thanks for taking the time to read this article, don’t forget to come back and check the Euro Weekly News website for all your up to date local and international news and remember, you can also follow us on Facebook and instagram.