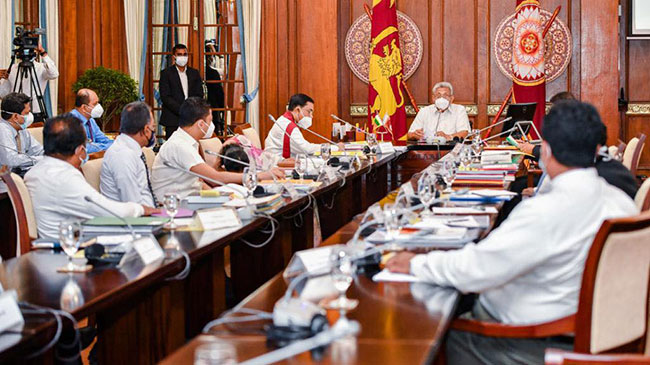 The President gave these instructions during the progress review meeting of the Ministry of Transport and the Ministry of State for the Regulation of Vehicles, Bus Transport Services and Railway Compartments and the Motor Industry which took place is held at the presidential secretariat today (14).

The president has asked officials to use any train compartments that have not yet been added to service, the president’s media division reported.

President Rajapaksa also pointed out that buses that can be used but have been taken out of service should be repaired and added to short-distance transport services, which will help meet the transport needs of people in rural areas.

The President instructed relevant officials to work with all unions and workers in a friendly manner to resolve issues in the transport sector and stressed the need for all parties to work with understanding to end industrial action that oppress the people.

Care should be taken to keep the transport sector streamlined, the president said. Many of the difficulties can be avoided by streamlining technology and rules and regulations. The president also instructed the authorities to launch a passenger service targeting tourists in tourist areas.

Officials stressed that the existing overstaffing was a serious problem. The president instructed officials to immediately come up with programs to provide proper training to recruited employees without cutting any.

After paying attention to possible future fuel crises and environmental issues, the possibility of importing 100 electric buses for passenger transport was discussed at length, the PMD said.

Finance Minister Basil Rajapaksa said the government was not ready to raise bus fares and cause inconvenience to commuters. He also said that some of the current problems in the transport department can be solved by preventing corruption and irregularities in the transport sector.

Is Costco good for mortgages?