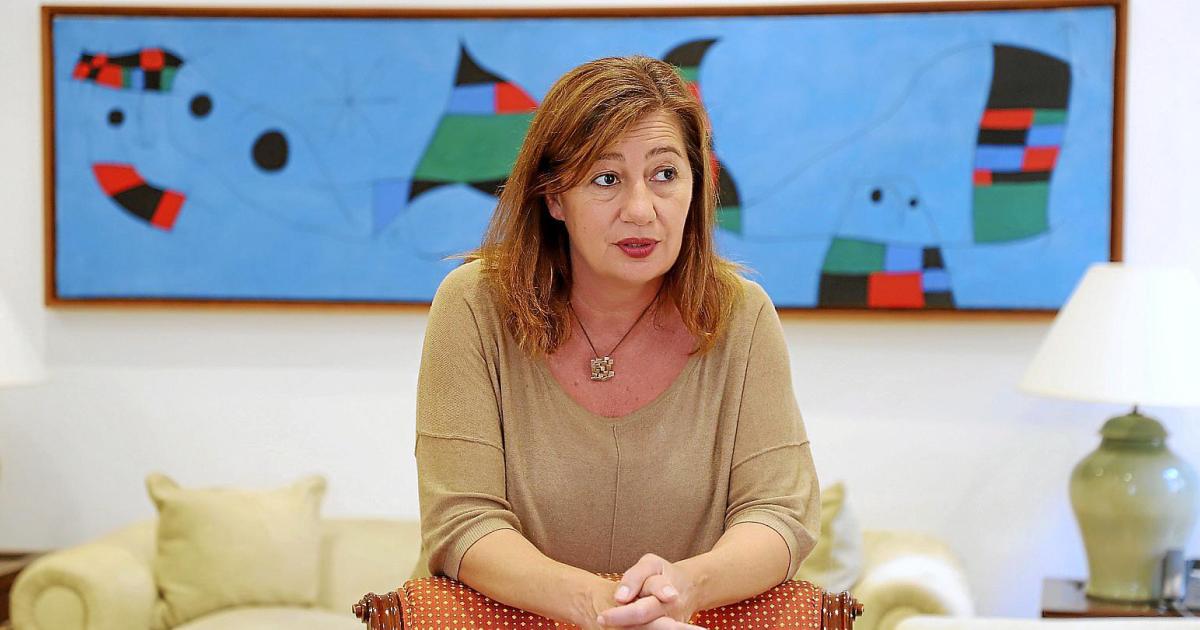 President Armengol on his re-election and the law on tourism

In a year, the inhabitants of the Balearic Islands will decide whether Francina Armengol and his PSOE party will govern the islands for another four years in coalition with Més and Podemos. Armengol has been president since 2015, the PSOE having concluded a pact with these two other parties. For the 2015-2019 administration, Podemos was not officially part of the government. After the 2019 election, they joined the government, their parliamentarians, like High Court Judge Juan Pedro Yllanes (the current vice president), representing a more moderate wing of Podemos.

There have been tensions between the three sides, with Armengol saying there will obviously be differences but insisting they engage in dialogue and “reach agreements”. For her, the pact worked and she believes that political pacts “enrich” the positions of each party. She therefore defends the left-wing coalition government she chairs, opposing it to the alternative – “right-wing pact governments that have been shown not to work”.

Speaking after a meeting Thursday of representatives of the three parties, Armengol said she was confident to be re-elected in May 2023. “Citizens have trusted us twice. We have regained their rights. We worked rigorously and returned to growth. , and not just the government, has managed and delivered very well during the pandemic. I’m proud of it.

The alternative would be for the Partido Popular to govern with Vox. The PP, she argues, “whitewashed the far right and has no qualms about governing with it.” “Citizens should know that the PP is ready to put these people in government and implement the policies of the far right in the Balearics. But that won’t happen.”

On the crisis caused by the pandemic, Armengol is of the opinion that the Spanish government by Pedro Sánchez (also PSOE) has “done very well”. “Without his policies, the Balearic Islands would not be in the situation we are in now. What would we have become during the pandemic without the ERTE leave scheme, without the 850 million euros in aid for companies, without the European funds approved by the Spanish government and the EU after listening to the demands of the regional administrations? And we must also take into account the labor reform. We have given a totally different response to the crisis managed by the PP.

She thus compares the management of the financial crisis by the Partido Popular with the management of the Covid crisis, underlining the fact that investment has offered a way out. “The health pandemic has meant that all public administrations, unlike what has happened in the past, have chosen to go into debt to guarantee public services and build a social shield. European funds allow us to design a strategic investment plan agreed with business and others on a roadmap for the next twenty years.”

The new government tourism law was not without controversy, the PP opposition being particularly critical. However, she insists that it was the PP that decided “to isolate itself from the agreements and, with Vox, to maintain a tourist model of excesses that no one shares, not even hoteliers”. “I am very surprised at the attitude of the Partido Popular, the main opposition party and which aspires to govern in the Balearic Islands.”

On the tourism law, “they (the PPs) have been disloyal to the citizens, as they have been during the pandemic”. They bet everything on playing “the no card and making things worse to win the election”. “They were wrong. They betrayed the citizens and were wrong in planning for the future. With their tourism law proposals, they remained faithful to the Model of “balearization”. Ciudadanos and El Pi (the other two opposition parties) disagree with certain aspects of the law, but they acted in a completely different way. The PP wanted to move away from the present and the future of the citizenship of these islands.”

The president stresses that the law is not one for hoteliers. “It is a law for the Balearic Islands and for circularity. It is ambitious and positions us so that the Balearics are the first circular destination in the world in terms of tourism and a lever for the rest of the economy. For example, when we oblige hotels to replace their diesel boilers with electric ones, we are committed to the environment: clean energy and diversification.”

Armengol rejects the idea that the Balearic Islands are heading for “collapse” under the pressure of overtourism. “There is a balanced approach, that’s why we approved the law and the moratorium (on new tourist accommodation places). That’s why we have to rethink the model. We can’t grow indefinitely, that’s why is what the PP and Vox want If we want to continue to live from tourism, and I want us to continue to live from tourism, we must balance the supply of places and continue to invest in tourism as well as in the sectors of the green and blue economy, the knowledge industry and the primary sector (of agriculture).

You could say that one incident overshadowed his handling of the pandemic – the Bar Hat. “I have said this many times – in politics and in life, it is important to explain everything you do and intend. At the time of the pandemic, we worked to solve the problems of citizens. I am aware of the seriousness of the situation. . But if any action on my part or that of any other member of government has been misinterpreted, I have apologized and always have.”

Japan to resume tourism in June; only organized trip so far | Travel