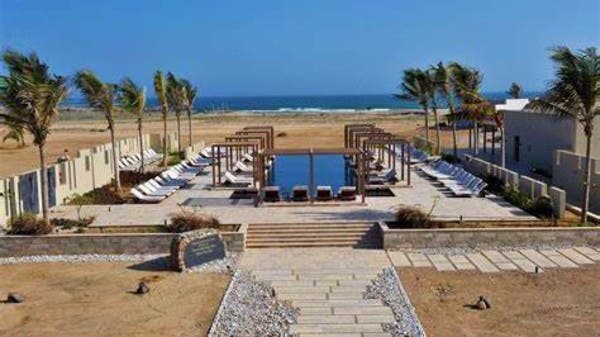 Oman rebounds from COVID-19 with surge in tourism

Oman is on track to boost its national economy and become less dependent on oil revenue as the rebound in tourism from COVID-19-19 continues apace.

Khareef’s annual season has ended with visitor numbers revealing that the area remains as popular as ever with more than 400,000 visitors to Salah airport since June, according to official airport figures.

For all the latest headlines, follow our Google News channel online or through the app.

Weekly flights have increased to 195 arrivals and departures as Oman’s tourism industry gears up to earn more than 9 billion rials ($22.5 billion) a year by 2040.

Dhofar is the main tourist destination during the monsoon season which runs from June to September, due to its unique climate and topography.

Khareef Salalah was voted the best Arab tourist destination in 2022 at the second Arab Tourism and Heritage Forum, a draw for tourists due to its reputation as an unspoilt destination in southern Oman in the “green” region of Dhofar.

The government of Oman has issued a strategic mandate to increase the number of visitors to the country from 3.3 million in 2017 to 11.7 million by 2040.

They are doing this through an investment of around $51 billion, with Dhofar being singled out as a key location for investment.

An hour’s drive from Salalah airport is Hinu Bay, in the southwest of Oman.

The Khareef season, which brings monsoon rains to transform the desert landscape into lush vegetation with waterfalls and wadis, is the peak time for travel, but tourists flock to this corner of the province year-round. from Dhofar.

Near the peaceful fishing village of Mirbat is the newly opened luxury hotel Alila Hinu Bay.

It is one of the newest jewels in the crown of southern Oman’s tourist offerings.

They too are welcoming the rise of tourism in Oman.

Juan Paolo Alfonso, general manager of Alila Hinu Bay, said the hotel had seen a steady influx of tourists since opening to the public in 2021.

“Offering the best of both worlds, the resort thrives in both marine life and nature reserves. Located between Jabal Samhan and the Arabian Sea, our eco-luxury resort is a nature lover’s paradise, offering the richest historical and cultural setting in the coastal town of Mirbat, Dhofar Governorate.

The hotel says, with landscapes closer to the Scottish highlands or Malaysian forests than a typical Middle Eastern landscape, Salalah and its surroundings are a unique travel location for visitors from across the region.

The unique population of non-migrating humpback whales in the Arabian Sea are often spotted from June to October, while common dolphins are present all year round, often frolicking in the waves near the hotel’s private beach, making the place a magnet for tourists.

Often draped in a blanket of mist and light drizzle during the summer months, its mountains and valleys provide a welcome alternative to the scorching desert sun with cooler temperatures of around 25°C during Khareef, the Arabic name for autumn.

The season officially begins on June 21 and runs until September.