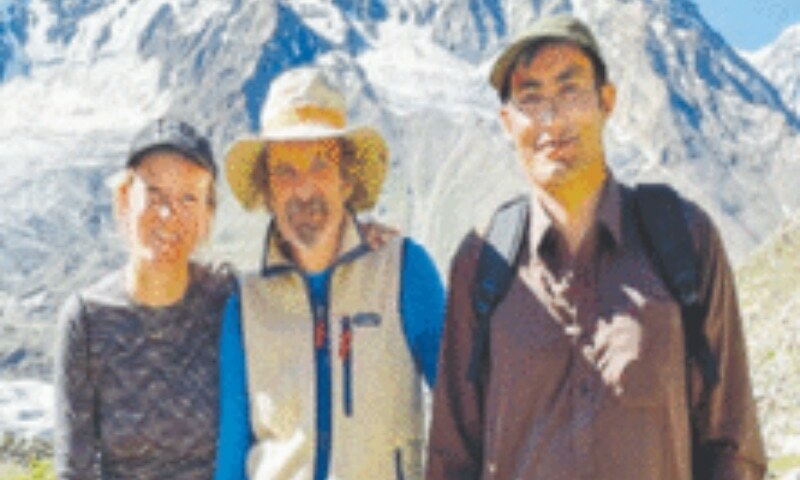 “No more blight on tourism, no boon for northern regions” – Pakistan

GILGIT: German journalist and tour operator Michael Beek has warned that unplanned tourist activities on some of the world’s highest mountains in Gilgit Baltistan pose a serious threat of environmental degradation.

Mr. Beek has been a frequent visitor to these mountains over the past four decades and has also written a “Pakistan” guidebook. After his recent trek to Nanga Parbat Base Camp (8,126m), he posted a message on his Facebook account pointing out the environmental degradation caused by rapid development.

In the post, he writes: “I have just returned from Nanga Parbat, the mountain which has dominated my life since 1981. A marvelous natural paradise, the likes of which are rarely found on our planet. I know all the slopes of the valley, all the passes and many mountain farmers, without whose help tourists could not make a trek.

He went on to say, “I have walked around this mountain many times and been happy. But in the past five years, everything has changed. There are now 25 hotels on Fairy Meadows and it is so crowded that the peace is over. People unable to walk are transported on horseback with their mobile phones in their hands, sometimes more than 600 in a day. Plastic waste is everywhere along the way, drinking bottles are just thrown into the Rakhiot river, no one cares. It makes me sad. Meanwhile, a road leading to Biji (Herrligkoffer camp) in the Rupal Valley where the wealthy arrive in their heavy off-road vehicles to distribute their rubbish. Everything is full of plastic waste and the base camp spring river is dirty.

“The authorities don’t care about anything. No Rangers, no trash disposal, nothing. Everyone does what they want and nature is irrevocably destroyed. I’m just appalled and angry at such ignorance and stupidity.

Speaking to Dawn, Mr Beek said he had been coming to Pakistan for 40 years.

“I love the country and the people. I have many friends all over the country. This is my second home,” he added. “Tourists visiting the region should understand the sensitivity of the region,” he said, adding that they should visit on foot and not by car or motorbike.

He warned that mass tourism and development of the region without responsibility and planning would lead to disaster. He observed that there should be a ban on building hotels in national parks and on speedboats in lakes.

He also expressed concern about mass trekking activities on K2 and its consequences for nature. “The new expedition tourism we have faced this year at K2, for example, is a disaster. Wealthy people in a big camp with evening parties and bonfires. Where do they bring wood from?” he said while alluding to the environmental degradation caused by these activities.

He said the government should assume its responsibilities and empower the forest department, the public works department and the environmental protection agency and help these departments to enforce the laws.

S’wak plans to improve public transport, connectivity between Kuching and other cities