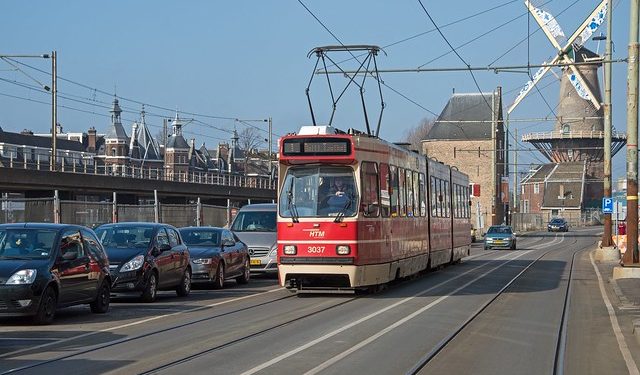 The nationwide rollout follows a successful pilot program led by Nuffic and ISIC, the international student ID card, in collaboration with mobility solutions provider Mobiliteitsfabriek. However, only students from institutions participating in the initiative will be able to receive the card.

“Faced with the housing shortage, students are forced to live further from the city”

“The intention is to provide international students in general with a national travel product that meets their needs and provides appropriate information in English on the possibilities of Dutch public transport”, said the student mobility advisor of Nuffic Floor van Donselaar. The pie.

Before the launch of the pilot program, a survey of 400 international students conducted by Nuffic and ISIC showed that the average expenditure for public transport was 80 â‚¬ and that the majority wanted a special card, with information and English application forms.

During the trial, students at the participating institution were given an ISIC card and an OV smart card that offered them a 20% discount on off-peak travel on trains. They could order the cards via an English website or during orientation days, paying 25 â‚¬. The average monthly expenditure fell to â‚¬ 50, relayed Nuffic.

The information provided in English also proved to be effective: Ivo Kneepkens of ISIC said most of the requests were for lost cards. Kneepkens added that ISIC will continue to work to also offer tailor-made transportation discounts to students.

The new cards could also ease housing problems and ultimately help the integration of international students in the Netherlands, according to van Donselaar.

â€œDue to the housing shortage, international students are forced to live further and further away from the city. If they get a reduction on public transport, it will be much more attractive, â€she said in a statement.

Nuffic will promote the OV smart card (the Dutch public transport system card) with ISIC to Dutch HEIs. The activation of the card will be carried out by ISIC in collaboration with the institutions, mainly during the introductory days or with a permanent ISIC office on site, explained van Donselaar.

No prohibition for the freight transport agency to rent vehicles to another RGT: AAR [Read Order]