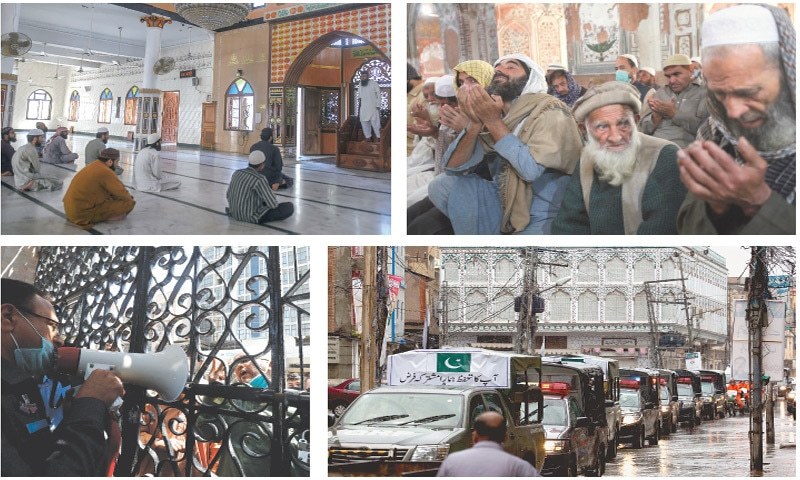 ISLAMABAD: Amid rising coronavirus cases with another reported death in Lahore, Prime Minister Imran Khan lifted the ban on movement of freight transport and decided to allow the opening of industries related to food to ensure an adequate supply of essential items during the national lockdown.

The prime minister announced the decisions at a press conference after chairing a meeting of the National Coordinating Committee.

The death toll across the country rose to 10 on Friday after the Punjab reported the death of a 70-year-old Sheikhupura resident at Mayo Hospital in Lahore.

Prime Minister Khan told the press that so far the country has not been as badly affected as countries like Italy, Iran and the United States. But there was no certainty that Pakistan would not experience a sharp increase in Covid-19 cases in the coming weeks, he said, adding that the government was preparing for the “worst case”.

Responding to a question about why he did not meet with leaders of the opposition parties Bilawal Bhutto-Zardari and Shahbaz Sharif to forge unity to fight the deadly virus, the prime minister said those who had “looted public money and were involved in money laundering” were responsible for the fate of the people, suggesting that he would not make any contact with them.

Mr. Khan admitted that the federal government and the government of Balochistan could not handle the influx of pilgrims from Iran due to inadequate facilities at Taftan. “These Zairians were not properly quarantined in Taftan, because there was no such facility in the remote region, except for three small rooms,” he added. On the other hand, he said, no patient has come from China where the outbreak was first reported.

Accompanied by federal ministers and his special assistants Asad Umar, Dr Firdous Ashiq Awan, Dr Zafar Mirza, Khusro Bakhtiar, the Prime Minister declared: â€œToday we have decided [in NCC meeting] Lift the ban on interprovincial freight movements to ensure sufficient food supplies during the nationwide lockdown situation so that there is no shortage of essential food items. ”

However, he said the ban on other public transport would remain in place.

He said the meeting also decided to allow the opening of food-related industries to meet increased demand for essential items due to “panic buying.” But he added: â€œWe have to keep a balance that these factories will operate by maintaining all precautionary measures to prevent the spread of the viral disease. ”

He said the government has also decided to keep gas prices stable, form a relief fund and create a youth force called Coronavirus Relief Tigers (CRT) to deliver food to workers’ doors just in case. their locality would be sealed off to prevent the spread of the deadly virus.

Regarding the CRT, he said March 31 has been set for the registration of volunteers through the Citizen Portal at the Prime Minister’s Office. â€œWe have the second largest population of young people and I would like them to work when needed. We will send these tigers all over the country thanks to the mapping and in the event of further spread of the coronavirus, these volunteers will provide food to the inhabitants of the affected localities, â€he added.

In view of the possible decline in the country’s foreign exchange reserves and the devaluation of the rupee against the dollar, Prime Minister Khan said he would urge Pakistanis abroad to deposit funds into the account that would be opened. to the State Bank of Pakistan to help relieve the pressure. out of the rupee.

Next week, he said, he would announce the creation of a fund to provide cash assistance to day workers. “The fund will be set up with the help of philanthropists and will be in addition to the allowance to be paid to deserving people under the Ehsaas program,” he said.

Punjab Chief Minister Usman Buzdar has ordered all stores in the province, including grocery stores, to remain closed from 8 p.m. to 8 a.m. starting tomorrow.

Sindh Chief Minister Murad Ali Shah has ordered authorities to ensure that shops close after 5 p.m. from today (Saturday). Previously, the government had allowed stores to remain open from 8 a.m. to 8 p.m.

Meanwhile, Mardan’s Tehreek-i-Insaf MP Abdus Salam Afridi confirmed to media that he had contracted the coronavirus.