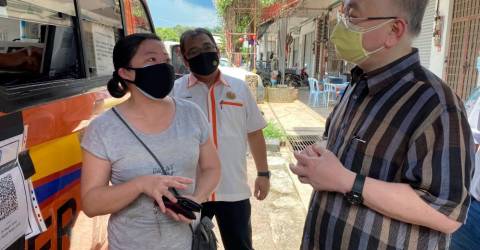 More public transport is expected to operate in October

Transport Minister Datuk Seri Dr Wee Ka Siong (pix) said that, based on the Langkawi Tourism Bubble Pilot Project, the tourism and transport sectors, especially aviation, were seen as in high demand when it opens on Thursday.

â€œThe aviation industry is gearing up right now, even the airlines are getting ready to open ticket kiosks, and I think that’s the moment after they haven’t worked for a long time.

“The economic recovery is currently underway, for example on Thursday a total of 800 travelers started their journey to Langkawi from Kuala Lumpur International Airport (KLIA), while 720 travelers left from klia2,” he said. he told reporters after visiting the Department of Road Transport (JPJ) mobile counter here today.

On Thursday, Wee reportedly said a total of 1,520 passengers left on eight flights to Langkawi as part of the launch of the Langkawi Tourism Bubble Pilot Project.

Commenting on the JPJ mobile kiosk, Wee, who is also an MP for Ayer Hitam, said 17 kiosks have been opened across the country, including in the federal territories of Putrajaya, Kuala Lumpur and Labuan.

He said two more counters will be opened in the near future to meet demand from the public who use JPJ services.

â€œWe see a lot of people who want JPJ’s services such as driver’s license and vehicle license renewals which are now only done at the JPJ office and the post office.

“Meanwhile, learner’s driver’s license (LDL) holders, which are about to expire, have been extended until June 30 next year due to public difficulties in securing an appointment slot for renew their driving license, â€he added. Bernama