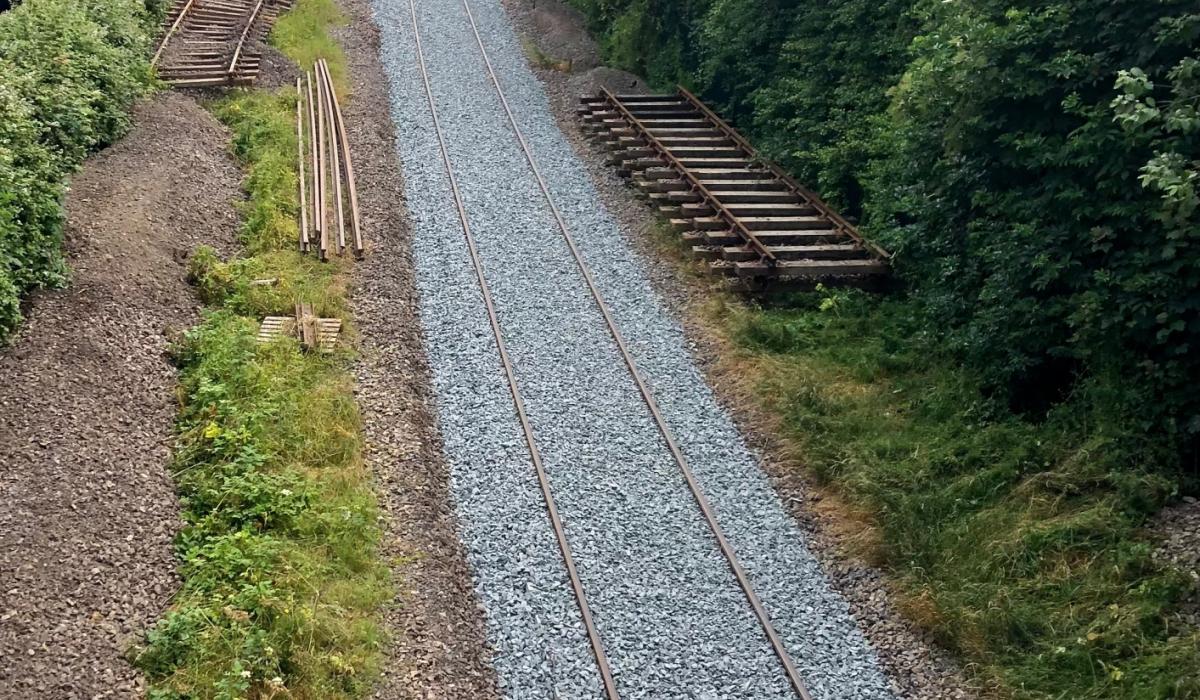 Work to upgrade the Ballybrophy rail line which serves Roscrea, Cloughjordan and Nenagh is progressing rapidly and the end result is expected to transform public transport options for locals.

The Ballybrophy line is the most expensive rail line in the country and is undergoing a major overhaul in a bid to increase passenger numbers and help cover its operating costs.

It was revealed earlier this year that the line costs €550 for each passenger to operate and amid calls for the line to be permanently closed, the decision has been made to attempt to resuscitate and upgrade the service and plan to renewal of the current track has been launched – with former Labor Party leader and Tipperary TD, Alan Kelly leading the charge to save it.

The line runs from Limerick, Castleconnell, Birdhill, Nenagh, Cloughjordan, Roscrea to Ballybrophy and recently Transport Minister Eamon Ryan traveled on the Ballybrophy service and said it had ‘great potential’.

“I think Limerick can thrive on the rail lines that lead there. I think the Ballybrophy line can be a commuter line to Limerick, or a shopping line, while improving people coming down for Dublin,” he said.

“But forget Dublin – think South West and Mid West. If you have very good transport services – metropolitan services – from Cloughjordan to Limerick or from Nenagh to Limerick. Or even Ballybrophy or Roscrea in Limerick.

Clare TD Michael McNamara said the investment was crucial in persuading people to use public transport and Ireland’s rail network.

“We want to move people from the highway to the trains. The direct line to Limerick, where all direct trains to Limerick previously passed, is now barely serviced. There is a 30 km/h speed limit in some parts.

“There are two trains you can catch at Ballybrophy – which is a great station – in the morning and there are only two trains in the afternoon. When are we going to improve this because we see the difficulty with the ‘all planes go to Dublin airport’ approach,” he said.

The 91.5km line is now the subject of a campaign by the North Tipperary Community Rail Partnership (NTCRP) to increase the number of passengers using the route and to develop a timetable of services better suited to the local needs of commuters , business and tourism.

It is hoped that the new lane developments will also provide faster local services – and that more passengers will reduce per capita costs.

NTCRP manager Elaine Baker said the key was to get local people to support the local service.

She said the rail links were in line with Ireland’s commitment to promoting public transport and clean and green networks. We definitely need better services and more frequent services, but at the same time there are also a lot of very good reasons to use the train,” she told TippFM.

“There is plenty of space to walk around and there are toilets on the train. The fare is only €2.99 along the line and fares on other connecting lines have also been reduced 20% recently, so we also want to encourage people to use the train services we have while trying to improve them.”

“The survey is really about getting people’s opinions on how to improve.”

The NTCRC has stressed that the people it wants to hear from are those who could use the rail line but choose not to – rather than those who already support the service.

Anyone who lives along the line or in the surrounding areas, we really encourage them to complete the survey, whether or not they have used the train before, she said.

“We want to hear from people who use the train less than those who use it and what might motivate them to use it more often.”