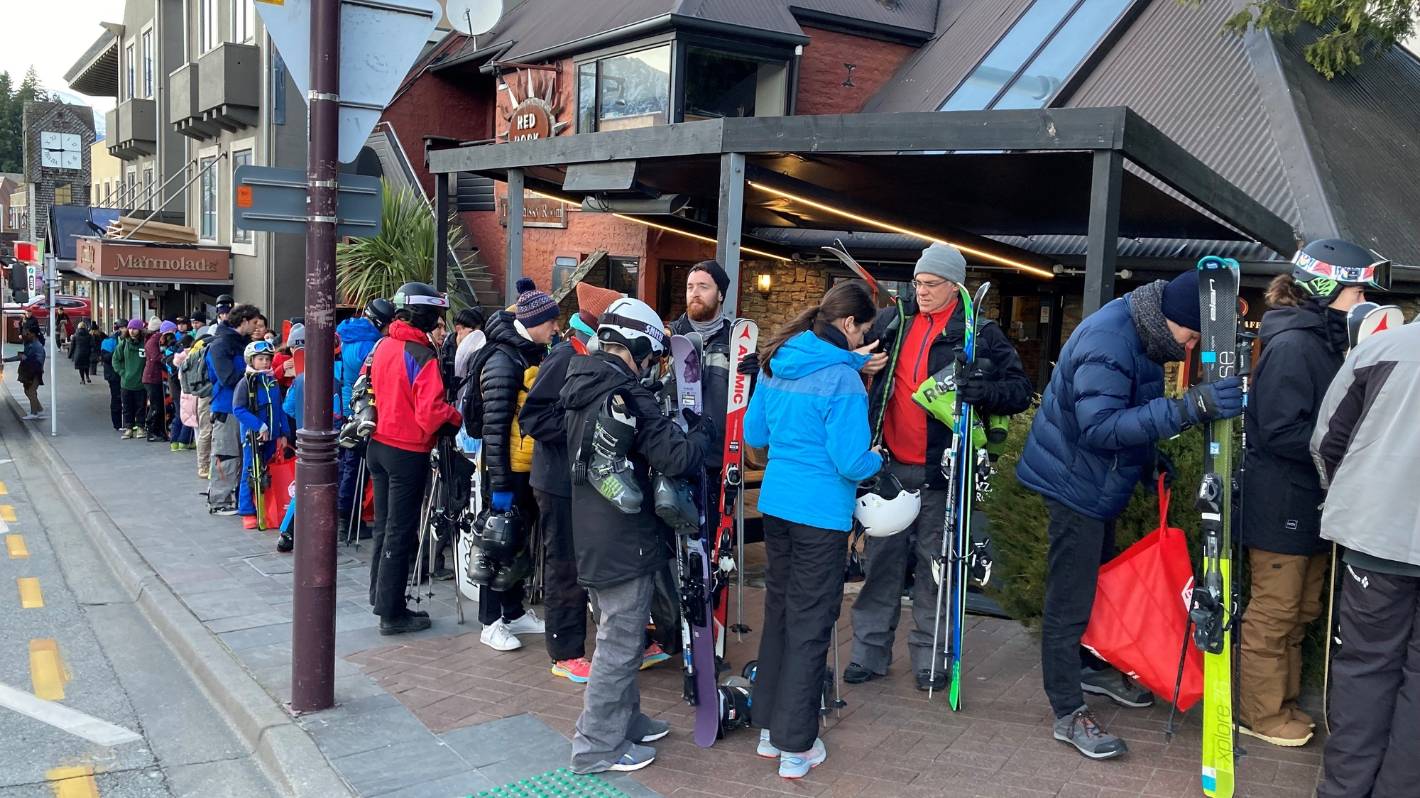 Hundreds of avid snowboarders and skiers waited hours for public transport to take to the ski slopes of Coronet Peak and The Remarkables in Queenstown.

An Australian visiting the Alpine town said he waited two and a half hours for a New Zealand ski bus on Wednesday morning.

“Which planet are you going to?” We paid a lot of money and we didn’t even get an explanation,” said James Fernyhough.

“Queenstown is clearly over capacity and they’re not making it.”

READ MORE:
* Covid-19: Relief from level 2 ski area openings after a “disastrous” season
* The travel bubble bursts a single hazard that ski operators have to deal with
* Will climate change mean the end of snowy weather?

NZ Ski chief executive Paul Anderson said lines had been a problem during the Australian and New Zealand school holiday period as the ski slopes were packed.

“We’ve seen high penetration of our transport, which is fantastic from an environmental point of view, but chain days mean people stop to make lines, or buses have to stop and take longer to put on the chains.

“It was difficult for our transport team and there were a lot of queues in the morning.”

Last week the company had nine bus drivers arrested due to Covid-19.

“We’re full so at the moment we have more work than people…and obviously with Covid and flu down we have shortages.”

NZ Ski run 31 buses and shuttles on both mountains per day. Due to the crowds, he has rented additional vehicles, but is still not meeting demand.

He had to stop bookings this week and last week, but Anderson said that’s not uncommon during the busiest part of the season.

Both parking lots were also full, he said.

He predicted the ski slopes would continue to fill up for the rest of the season as Australians continued to arrive after borders reopened.