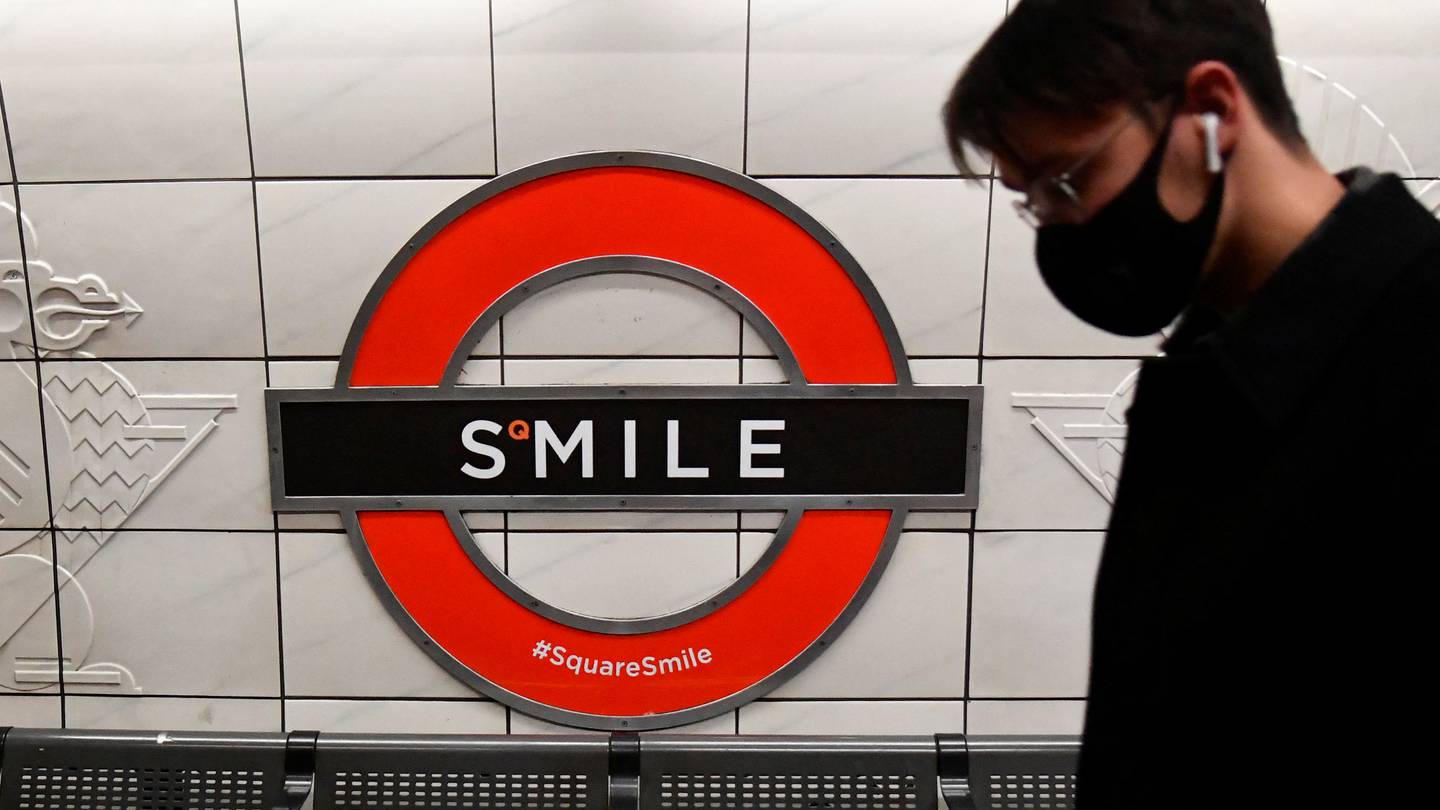 How public transport in London broke down

Tube and bus users in the British capital woke up on Tuesday to a 5% fare increase, the biggest increase in nearly a decade, and the first tube strike since the start of the pandemic, with a another scheduled for Thursday.

The hike and strike follow the UK government’s overall budget and spending review in October last year, which disbursed £7billion ($9.38billion) to improve city transport elsewhere in England, but provided no new funding for its capital.

At the time, Mayor Sadiq Khan said the decision took “London for granted” and would lead to a significant deterioration in service levels.

He said money was urgently needed to maintain and revamp the metro system, improve road surfaces and convert the bus fleet from internal combustion engines to electricity.

The mayor was not the only one to denounce this decision. Eighty-two signatories to a letter sent to UK Chancellor Rishi Sunak on behalf of London businesses and organizations were also affected.

The letter outlined the need for “robust public transport services as part of a wider integrated network” for logistical, economic and climate reasons.

London may be the center of the country’s wealth, but poverty is widespread in the capital.

The letter highlights that many poor Londoners depend on public transport “to access – and provide – jobs, education and vital services”.

The impact of a moribund London transport system could undermine the country’s ‘most powerful economic engine’ [and] would hamper the UK’s economic recovery.

Whitehall and the town hall at loggerheads

The letter did not fall on deaf ears, but its clarion call was only partially heard, with long-term tensions between Whitehall and City Hall coloring the government’s response.

At the end of February, the Department for Transport announced that a further £200million would be given to TFL, taking the government’s financial support for the operator since the pandemic began at almost £5billion.

The possibility of additional capital investment was raised, but was made conditional “on the mayor and TfL cooperating with the government”, as well as fulfilling various conditions attached to previous support the operator has received during the pandemic.

These include consultation on how TfL could raise between £500m and £1bn in additional annual revenue from 2023, achieve operating cost savings of up to £400m in 2022 to 2023 and move its pension fund into a “financially viable position”. ”.

To meet these commitments, Sadiq Khan is being asked to cut existing services, impoverish TfL staff by cutting their pensions and find ways to raise funds that don’t cloud the treasury coffers – despite London’s economy generating a net amount of £38.8 billion for the Treasury in 2019.

As London’s transport network plays a vital role in the functioning and success of London’s economy, an underfunded and underperforming network is likely to harm the capital’s overall economic output, meaning less revenue for the Treasury in the long term.

The government’s short-sightedness was denounced by Silviya Barrett, head of policy and research at the Campaign for Better Transport, who called TfL’s latest financial package “disappointing”.

“It’s critical that we don’t see a drop in service levels,” she said. The National.

“This would lead to fewer people traveling on metros and buses, which could fuel a downward spiral and reverse the progression of modal shift. [change from one form of transport to another] done before the pandemic.

Ms Barrett here highlighted one of the most troubling aspects of the TfL turmoil: before the pandemic, the capital’s transport network was seen as an example for other UK cities to follow.

Since the creation of TFL 21 years ago, the decentralized operator has come to be financed without a direct operating subsidy from the State. Instead, it covered 72% of its costs with revenue from passengers, almost double the level of some UK cities.

As with so many other aspects of life, however, Covid has turned this remarkable strength into a glaring weakness.

The effect on revenue was stark, with passenger revenue dropping from £2.73 billion to £650 million.

TFL might be able to absorb the losses if they were limited to the pandemic. The problem is that while the danger posed by Covid is now receding, the changes it left behind seem permanent.

Lower-than-expected passenger numbers make the high level of rail subsidies even harder to justify, especially in the context of damaging tax increases and pressures on public finances

Among these changes, one of the most important is the shift to discretionary home working.

This trend was highlighted in a report released earlier in February by the UK’s Institute of Economic Affairs. He predicted that rail would be “particularly affected by changes in travel patterns, as many rail users – concentrated in high-income groups and white-collar jobs – were able to switch easily to working from home and meetings. virtual”.

The discovery would have made particularly bleak reading for Sadiq Khan, as Underground revenue underpins the rest of London’s travel network.

The low-passenger, low-income paradigm prompted the IEA to recommend that the government further reduce subsidies to the rail network.

“Lower than expected passenger numbers make the high level of rail subsidies even harder to justify, particularly in the context of damaging tax increases and pressures on public finances,” said Dr Richard Wellings, editor of chief of the report and former deputy director of research of the IEA.

The TfL funding model is an outlier

The IEA is a strong proponent of free markets and therefore most of its findings call for less government intervention.

Tellingly, his conclusion here is not shared by US and French authorities where New York and Paris operate under far less adversarial circumstances and enjoy far greater state support.

This means they are less reliant on passenger numbers to maintain services, and therefore better protected against seismic disruptions to the transportation continuum such as Covid-19.

Richard Brown, deputy director of the Center for London think tank, crunched the numbers and found that 72% of London’s transport revenue was generated by fares, compared to 41% in New York and 36% in Paris.

Dependence on TfL passengers is a relatively common phenomenon. As recently as 2011, more than 50% of its revenue came from a central government grant.

Sadiq Khan last year proposed transferring the money Londoners pay in excise duty on vehicles to the capital to diversify TfL’s passenger-centric model. Such tax ring-fencing works successfully in both New York and Paris, but the British government has pushed it back.

Data from the Metropolitan Transport Authority shows that in New York City in 2018, the policy raised $2.3 billion for the city’s transportation system. A similar amount in London of this policy would be transformative.

Ms Barrett believes the UK government needs to undertake a complete change of mindset on transport.

“Public transport is an essential service and should be a guaranteed benefit, as should education and health care,” she said.

“It is simply a matter of completely rethinking the funding model so that it not only benefits the passengers who use the service, but also society at large in terms of economic, environmental and social benefits.

“It saves the NHS money [National Heath Service] too. If people walk and cycle and use public transport rather than driving everywhere, we will have a healthier society.

“This is what many European countries understand; they finance public transport insofar as there are services available everywhere”.

get people out of their cars

Ms Barrett also wants to see more barriers to car use because “the harder it is to use your car in cities, the more attractive public transport will become”.

She listed higher road prices and more temporary parking fees, workplace parking taxes and clean air zones as some of the ammunition that could be mined for this purpose.

London already does a lot of these things, but Ms Barrett would like to see a speed-up and has urged Sadiq Khan to speed up distance-based road-use pricing plans.

Mr Khan ‘says he is going but not before the next election and I would look to implement this much faster as it will generate revenue for public transport which is immune to [government] cuts,” she said.

The danger of a punitive approach to car use at a time when public transport is becoming more expensive and less readily available is clear: ordinary Londoners will find their daily commuting options both prohibitive and onerous.

Yet Sadiq Khan has to keep the wheels of London’s buses and trains turning, not just all day, but all night too. If it is to do so without the state support that other cities around the world enjoy, then it will have to make some pretty tough choices – and it seems likely that the losers will be private road users.

Update: Latest information on roads and public transport affected by flooding in the south of the state