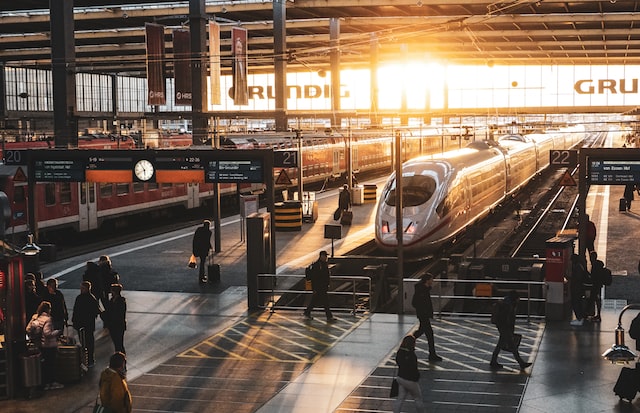 Germany wants to introduce a pass for public transport at a cost of 49 euros per month if the authorities can agree on how to finance it. Valid throughout the country, the ticket could be introduced as early as January 1, 2023. The proposal follows a successful 9 euro banknote which was on sale for three months this summer as part of the government’s efforts to help people reduce their gas consumption, help fight inflation and promote more environmentally friendly forms of transport.

According to the Association of German Transport Companies (VDV), 52 million rail season tickets at €9 have been sold in Germany over the three months. The pass, which expired on August 31, offered passengers unlimited use of local and regional German trains between the months of June and August. The VDV has called on the German government to introduce a replacement for the rail pass arguing that around 1.8 million tonnes of CO2 were saved during the bid period, a reduction equivalent to planting 90 million of trees.

If we are serious about transport transition and climate change, we must act now.

As for the new pass, one of its biggest draws for users is that it will be valid on all of the country’s regional bus, train and tram networks, each of which offers a myriad of fare options. that many find confusing to navigate. “What fabulous news,” wrote Terry Reintke, co-president of the Greens in the European Parliament, on her Twitter account. “And yes: we must massively expand public transport.”

“With the 9 euro ticket, we have shown that simplicity is better,” said Transport Minister Volker Wissing after a meeting with his counterparts from the 16 German Länder. Wissing said the new ticket would not be printed and could be purchased monthly or as an ongoing pass. Like the €9 ticket this summer, it would not be valid for intercity trains.

However, doubts remain about its funding. The federal government has offered to subsidize the pass to the tune of 1.5 billion euros per year; states have expressed a willingness to do the same, pending an agreement on federal funding for regional train services. According to EURACTIV, the final decision will be taken next week, at the conference of state premiers. In addition to the new pass, which will be partly funded at the federal and regional levels, states want additional funding to expand their transport networks.

49€ is not 9€ but it is still a good step forward for affordable, climate-friendly and social mobility.

Terry Reintke, co-president of the Greens in the European Parliament

Greenpeace criticized the plan and said €49 was too expensive for many people. The environmental group says its own research shows that a €29 ticket would double ridership without requiring additional subsidies.

Meanwhile, public transport operators have complained about the risks associated with a limited budget. They warned that without committing to the necessary funding to operate the buses and trains, the benefit to the public is limited. “I understand that the national public transport ticket is of particular interest to the public. But the funding issues are just as urgent,” Oliver Wolff, director of VDV, said in a statement. “We run the risk of having to interrupt public transport services as they can no longer be funded due to rising costs.”

Data from German federal statistics office Destatis showed that short-distance train travel in Germany has increased over the past three months. Compared to the first quarter of the year (January to March), it increased by 46%.

According to the VDV, around 21 million €9 passes were sold in June, in addition to the 10 million subscribers who automatically received the discounted ticket. Surveys of 6,000 public transport users by VDV and Deutsche Bahn found that one in five people were encouraged to switch to public transport for the first time. The €9 pass cost the German government around 2.5 billion euros, according to Euronews.