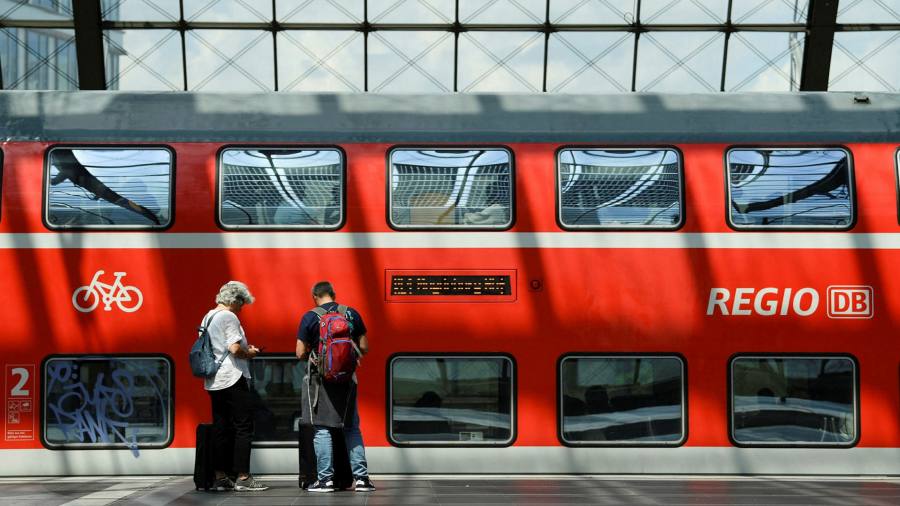 Germany offers a public transport ticket for €9 per month

Germans can travel around the country for just €9 a month from Wednesday as part of a package of government measures designed to cushion the effects of runaway inflation and rising fuel prices in the biggest economy from Europe.

The measures also included a reduction in fuel taxes which had the immediate effect of driving the price of petrol and diesel on station forecourts well below €2 a litre.

According to statistics from Adac, the German automobile association, “E10” petrol was 30 cents per liter cheaper and diesel around 14 cents cheaper Wednesday morning than 24 hours earlier.

Inflation in Germany stood at 7.9% in May, as Russia’s war on Ukraine drives up energy prices, disrupts supply chains and disrupts agricultural exports. The government is under increasing pressure to help struggling consumers.

The €9 ticket is designed to provide relief and persuade people to switch from cars to public transport – a key aim for the Greens, one of three parties in Germany’s Social Democrat-led coalition government. Berlin promised the 16 German states 2.5 billion euros to compensate them for the additional costs associated with the cheaper ticket.

The ticket, which is valid for all public transport but not for long-distance bus and Intercity train journeys, has already been a huge success. Some 7 million had already been pre-sold on Monday, according to VDV, which represents German regional transport companies.

The VDV estimates that around 30 million people will buy a €9 ticket in each of the three months the offer is in effect.

Some experts and consumer groups feared this could lead to overcrowding on buses and trains, especially on routes popular with day trippers. But so far there is little evidence of this.

“The trains weren’t excessively busy, but today was a normal working day,” a Deutsche Bahn spokesman told the DPA news agency. The June 6 holiday weekend “will no doubt be a challenge”, he added.

Germany is one of many countries in Europe that have taken steps to reduce the cost of public transport, in part to encourage people to move away from car use. Austria introduced the ‘climate ticket’ last year, which allows its citizens to use national public transport for the equivalent of just €3 a day. Cities in France – including Niort, Dunkirk and Montpellier – have also reduced their fares.

Lisbon has announced its intention to offer free transport to some residents, including the elderly and students. And Luxembourg has made all public transport free in 2020.

Although the German €9 note has been widely praised by consumer groups, it has its detractors. Lukas Ilffländer, from German passenger association Pro Bahn, said he feared people would be put off by overcrowded trains and return to driving.

“The €9 note will show that the current infrastructure is not suitable to make such an offer in the long term,” he told ZDF TV.

Experts hope the program will provide useful information for future planning decisions. “We have never had such a large-scale experience in public transport before,” Philipp Kosok of think tank Agora Verkehrswende told ZDF. “Mobility researchers are really looking forward to the data.”