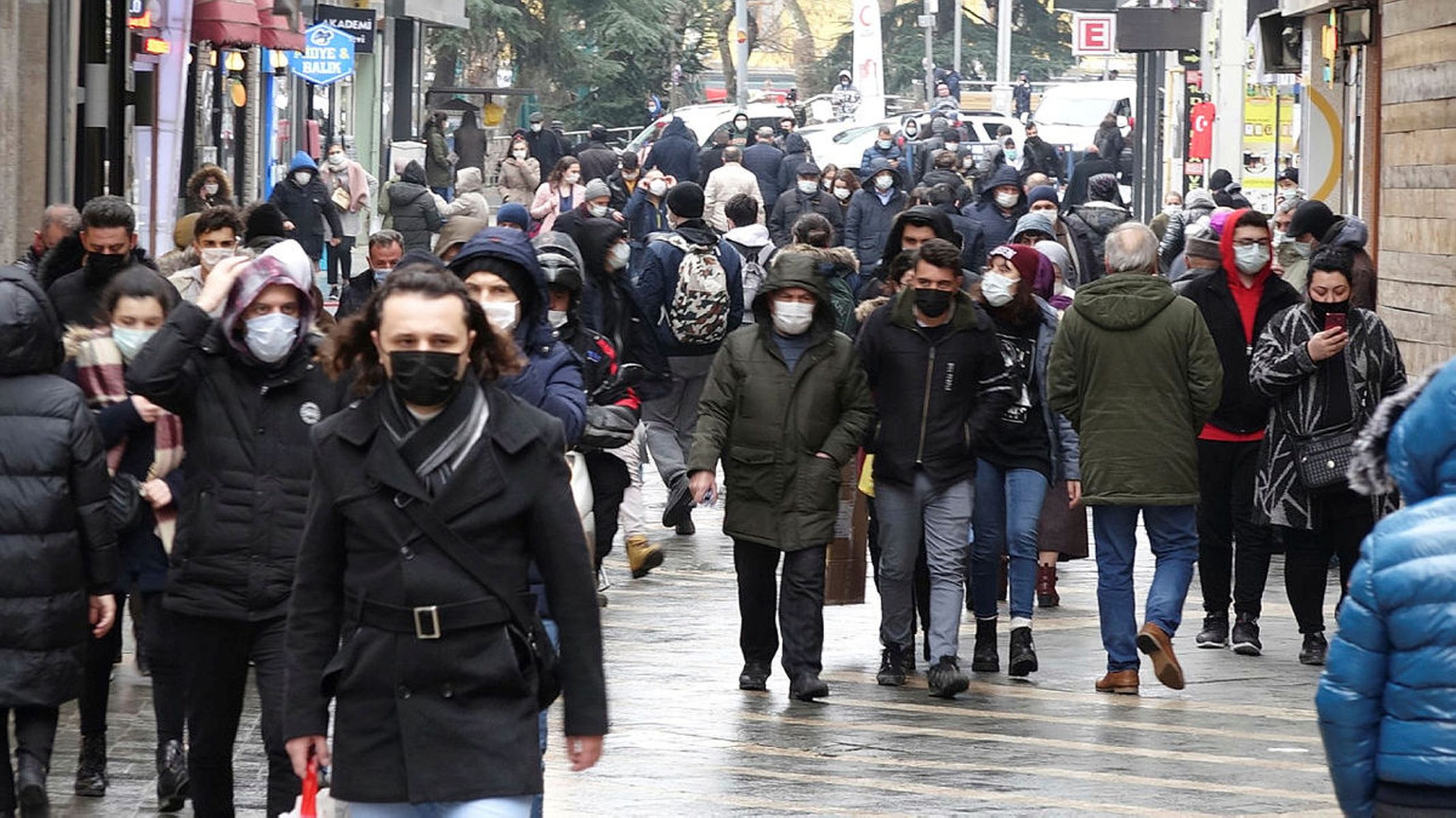 Does the obligation to wear a mask end in shopping centres, public transport, closed areas and schools?

Saying, “Let’s take the masks off, okay?” Erdogan gave the floor to the Minister of Health, Koca. Minister Koca said:

“We waged a successful war against Covid-2020, which spread to our country on March 19. According to the decision announced at the beginning of March, the obstacles to a normal life have been removed.

The obligation of the mask in closed places, applied in various perimeters for 3 years, has been removed. The application of the mask only in public transport vehicles and health facilities will continue until the number of cases falls below 1000. The elderly and people with chronic diseases are recommended to continue to use masks. People with chronic diseases and the elderly are recommended not to neglect vaccinations, especially booster doses.

“I would like to express my gratitude to each and every one of you on behalf of my family and my nation for the service you have rendered to our country and nation thus far. Our world has spent the past 2 years under the he shadow of this epidemic has been affected in all areas, from production to consumption, from transport to tourism, from sports to education.

Each of the countries is committed to the fight against the epidemic to the extent of its own means and capacities. There were serious problems under all headings, from the hospital to the medical personnel, from the mask to the medicine, from the respirator to the bottom. We have all witnessed huge states fighting over masks at airports and borders.

More importantly, the states’ management skills have been tested in the meantime. Turkey was one of the few countries to be able to leave all these rankings with a clear conscience.

Our health infrastructure has put forward an exemplary struggle of sons in the world, under the coordination of our health workers, which we have witnessed together, and our Minister of Health.

We see our hospitals, which we named after our teachers who lost their lives in the epidemic, such as Cemil Taşçıoğlu and Erdem Öz, as symbols of this struggle.

Meanwhile, we have opened more than 16,000 new beds in municipal hospitals, public hospitals and emergency hospitals, while fighting the epidemic in the most effective way, we have not given any weakness to the social needs.

We have never given up on letting go and we have supported our people with practices such as loyalty groups formed by volunteers.

Our fight against the epidemic has been done in the light of science. We are one of 9 countries that can produce their own vaccine.

To be frank, the world, especially the developed countries, has shown an approach that cannot be forgotten in this regard. This selfishness of countries, which care about nothing but their own security and well-being, in the face of threats to all of humanity, has been written into the pages of history. .

As Turkey, the lesson we have learned from this process is that it is imperative that we become self-sufficient in health infrastructure and services, just like others.

We will quickly achieve this objective thanks to our infrastructures and our qualified human resources.

Of course, I would like to highlight an issue that we have personally witnessed from the efforts and efforts of the Ministry of Health team and members of our scientific committee throughout this process.

On behalf of my nation, I would like to express my gratitude to our esteemed scientists who have devoted almost all of their work to the fight against the epidemic over the past 2 years, without expecting any financial reward. We will not forget the services of our health army of 1 million 300 thousand people, in particular our Minister and his team, 24 hours a day and 7 days a week.

The recommendation of the scientific committee is that sick and at-risk groups be in contact and that the elderly continue to use masks.

Here again, our scientific committee recommends that all our fellow citizens, especially those with chronic illnesses and the elderly, not neglect the reminder of vaccine doses, which is our greatest asset against the epidemic.

Our own vaccine, Türkovac, whose effectiveness has been proven, is particularly recommended for booster doses.

For this, family health centers and vaccination centers in public hospitals will continue their activities to meet the needs.

The free distribution of coronavirus drugs produced in our country to our citizens will continue.

Current technologies and treatments will be closely monitored.

The obligation of the mask in closed places, applied in various perimeters for 3 years, has been removed. The application of the mask only in public transport vehicles and health facilities will continue until the number of cases falls below 1000. The elderly and people with chronic diseases are recommended to continue to use masks. People with chronic diseases and the elderly are recommended not to neglect vaccinations, especially booster doses.