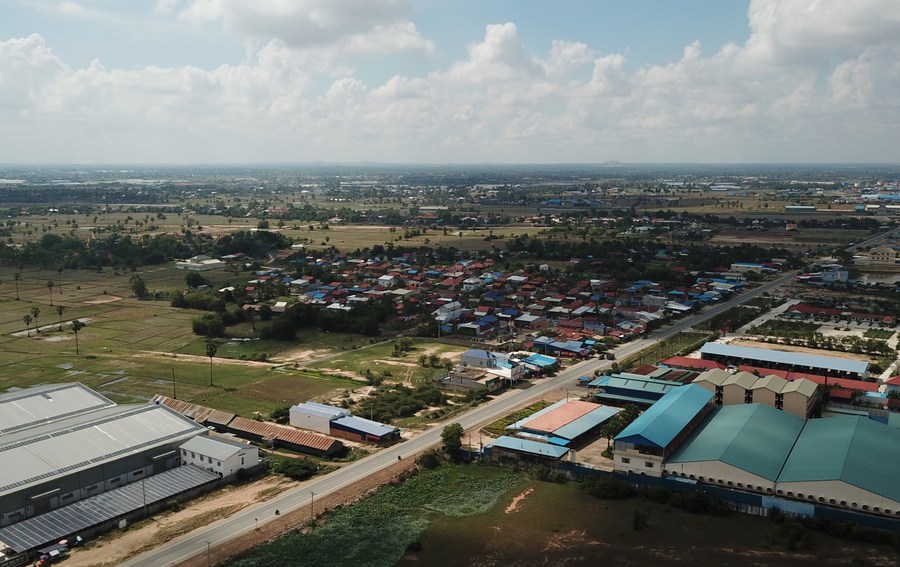 The Chinese-built National Road No. 51 plays an important role in facilitating travel flows and cargo transportation in southwestern Cambodia. “The road will not only help improve the livelihoods of local people, but also help to deepen the bond of friendship between the people of the two countries,” said a local resident.

Locals have said in the past that the road is bumpy and very difficult to navigate due to large potholes and very dusty in the dry season and slippery and flooded in the rainy season.

“Before, it took almost the whole morning or afternoon to drive this distance, but now it only takes 30 to 40 minutes due to the good road,” Muth Sokleang, a salesman, told Xinhua on Friday. vegetables along the road. .

“This road built by the Chinese is really important in facilitating the movement and transport of goods and agricultural products such as rice, bananas, mangoes and vegetables from farms to markets,” said the 39-year-old. adding “It also saves time and money.”

Chhem Thath Thay, a 21-year-old resident along the road, said that since the construction of the road, land prices in the surrounding area have skyrocketed.

“Thank you, China, for building this road which has brought us new hope,” he told Xinhua. “The road will not only help improve the livelihoods of local people, but also help to deepen the bond of friendship between the people of the two countries.”

“This road will play an important role in facilitating travel and transportation of goods as it accommodates many large-scale factories and enterprises as well as residential projects,” he said. “Although COVID-19 has disturbed us, it cannot prevent our development, especially development projects undertaken by China.”

Wu Guoquan, economic and commercial counselor of the Chinese Embassy in Cambodia, said the pragmatic cooperation between China and Cambodia has continuously yielded new fruits, pointing out that in recent months some Chinese-backed projects such as roads, bridges, stadiums and hospitals were put into operation.

“Despite the COVID-19 pandemic, our pragmatic cooperation has yielded more fruitful results that truly reflect the rock-solid friendship between China and Cambodia,” he said at the event.

Wu said the China-Cambodia community with a shared future during the pandemic has set a pattern for building a new type of international relations.

“We will continue to implement the consensus reached by the leaders of the two countries and make good use of the CCFTA and RCEP to push our bilateral trade volume to a new high,” he said.

Cambodian Transport Minister Sun Chanthol said the road has improved both transport infrastructure and the livelihoods of people in the two provinces.

“This is another new achievement and a precious gift from the governments of Cambodia and China to the people of Kampong Speu and Kandal in particular and the people of the whole country in general,” he said.■

A renewed vision of tourism – Alison Vassallo and Alan Arrigo