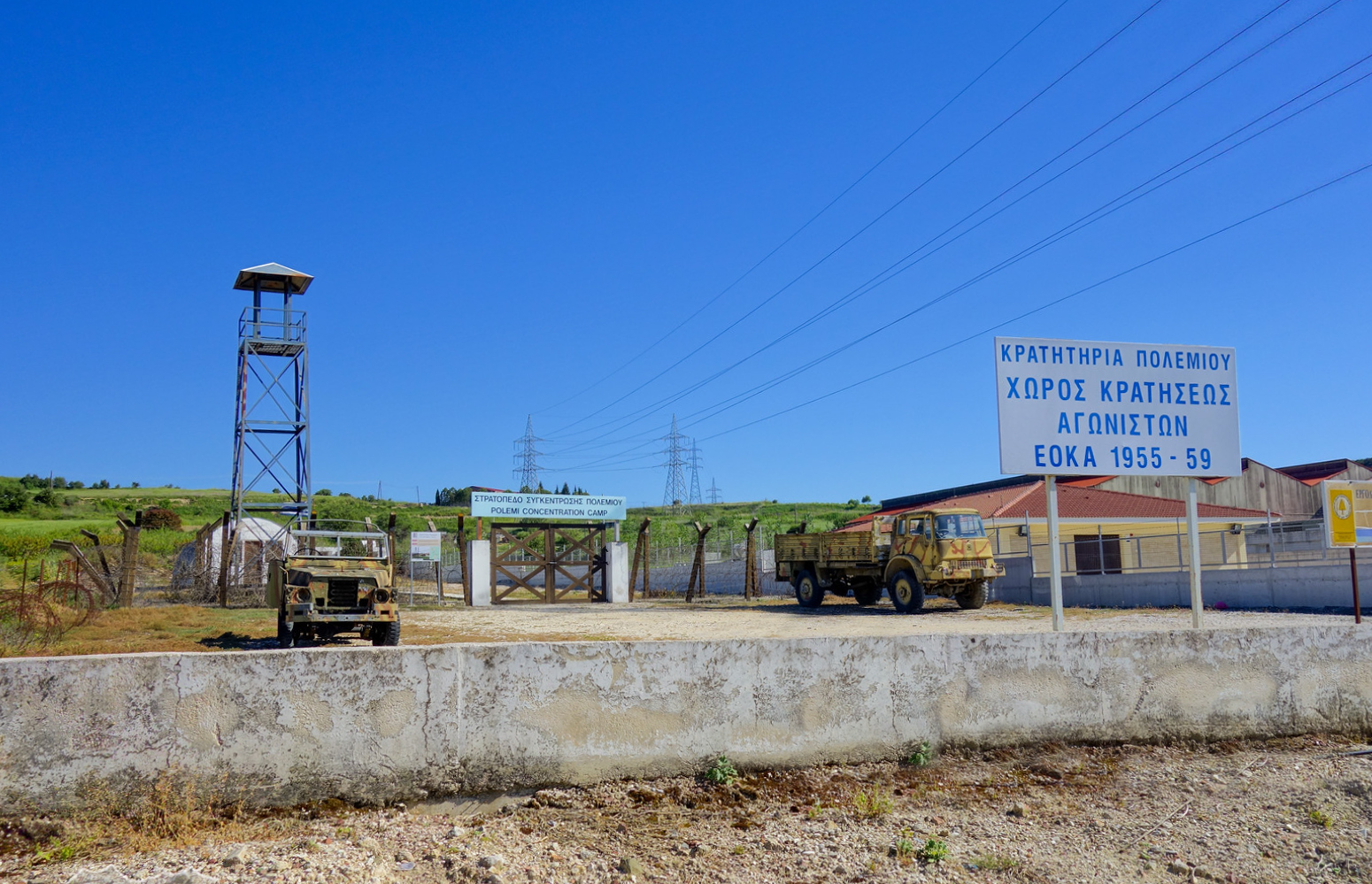 “Black tourism” in a village in Paphos

As one of Europe’s top tourist destinations, Cyprus prefers to focus on its beaches, archaeological sites, and traditional villages, but it is also home to several uncliched places that are of particular interest to black tourists.

For those unfamiliar with the term, â€œblack tourismâ€ refers to visiting places associated with death and suffering. The growing popularity of visiting morbid monuments around the world associated with assassination, incarceration, genocide, ethnic cleansing, war, disasters, ghost stories and fears, has a long tradition dating back in the battle which marked the final defeat of Napoleon Bonaparte. According to J. John Lennon, professor of tourism at Glasgow Caledonian University in Scotland, who coined the term with a colleague in 1996, â€œpeople were watching the Battle of Waterloo from their carriages.

Nowadays, obscure tourism sites act as vehicles of historical exhibition, educating succeeding generations on the “lessons” of the past. With a growing appetite for such destinations, Cyprus could easily call this growth in black tourism.

Besides the obvious sights, such as the ghost town of Varosha, the abandoned Nicosia Airport (for those who can get in), eerie scenes of buildings and empty streets – crisscrossed with barbed wire – along the Nicosia Green Line, ghostly rumors swirling around the famous Berengaria Hotel, a deserted village in Paphos that once belonged to the Templars, the Jewish Holocaust Museum of Cyprus and the graves and gallows imprisoned in Nicosia Central Prison, black tourists may want to see venture to another disease site just outside Paphos.

Polemi becomes a carpet of wild tulips every year as locals and vacationers visit the ever popular flower festival to experience the springtime phenomenon. But, while Polemi’s countryside appears to be peaceful and idyllic at first glance, the village was also once home to a horrific concentration camp, known for the horrific and inhumane conditions endured by some 400 Cypriot detainees. A reminder of the brutal effects of colonialism, Polemi Concentration Camp was one of eight camps operated by the British to house and interrogate Eoka prisoners during the Greek Cypriot struggle to end British rule in Cyprus, 1955 to 1959.

The concentration camp, or detention center, opened towards the end of the conflict in August 1958 and operated for just over 100 days. Surrounded by barbed wire, the Polemi prison camp was known for the violence, cruelty and torture to which prisoners were subjected.

Today, few remains of the original camp remain, with the exception of the imposing guard tower, two old army vehicles and a small tin Nissen hut housing important artefacts. , including a miniature model of the camp in its original condition.

Inside, a disturbing silence migrates between the rural present and the turbulent past of Cyprus. A memorial wall features an exhibit of recording photographs, as prisoners marched past a camera and were forced to stand as they were ushered into the camp and given a number. Often held without trial, prisoners were forced to live in tents and allowed to roam the small courtyard for limited hours during the day. According to written and eyewitness accounts, available at the museum, members of the British Army often entered tents at night and mercilessly beat prisoners, keeping them awake by firing shots and throwing stones.

A military manual given to the sentries on their arrival at the camp, on display at the museum, authorized the opening of fire if a detainee had crossed the six-meter wire, destroyed government property or attempted to escape.

The Polemi camp was mainly populated by Greek Cypriot men, although sometimes women were also interned, including young people and minors under the age of 16.

In 2004, the site was transformed into a war museum, recalling the horrors perpetrated under British rule.

In recent years, tourists and their demands have changed frequently, but there are those who are fascinated by places that are synonymous with the darkest periods in human history.

Black tourism has become an important branch of the Cypriot tourism industry, having a positive impact on tourists and locals. From a social perspective, it offers psychological and emotional benefits to local communities and can be used for learning and reflection on the issues that contributed to the tragedy, especially for future generations.

The Polemi concentration camp is open to the public all year round, Monday to Sunday (8 a.m. to 5 p.m.) and admission is free.