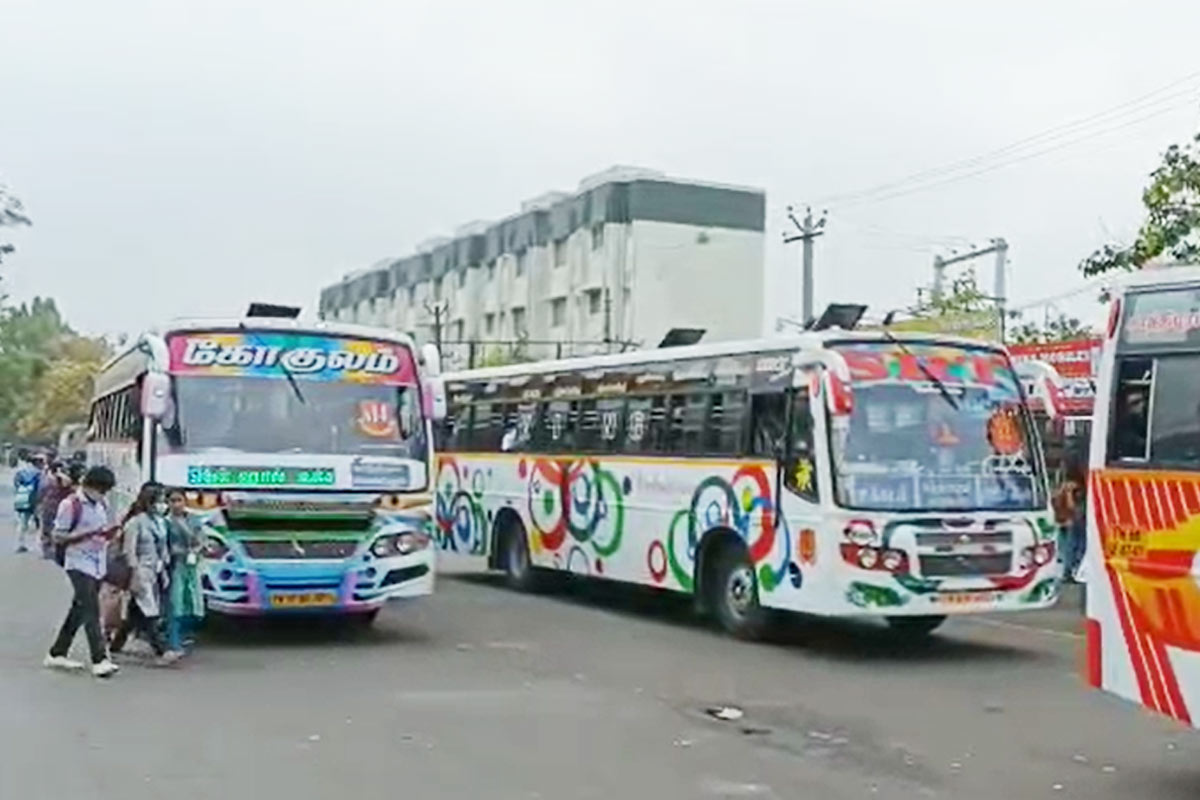 A joint forum of central trade unions has called for a nationwide strike on March 28-29 to protest against government policies affecting workers, farmers and others.

The Bharat Bandh strike or nationwide strike called by a joint forum of central unions entered its second day on Tuesday, March 29. The unions are protesting against the policies of the Union government, which they say are affecting farmers, workers and the people. In addition to trade unions, independent industry federations and worker associations are also part of the protest. Rising fuel prices, new labor laws, reduction of the interest rate on the Employees Provident Fund, are some of the demands of the protest.

In Tamil Nadu, travel and public transport remained largely unaffected by tha bandh on Tuesday. About 90% of government buses operated and the movement of office workers, workers, students and others was unaffected, according to the Department of Transport. He added that about 17,268 buses are operating statewide as of Tuesday. Stores also remained wide open and operated as usual.

On March 28, Natarajan, the treasurer of the Progressive Federation of Labour, which is affiliated to the DMK, had said, “Given the plight of students and office workers, buses will operate normally in Chennai.” About 98% of Metropolitan Transport Corporation (MTC) buses were running in Chennai as of Tuesday morning. Rickshaws and automatic taxis also ran, as did commuter trains, EMU and the metro.

“Local trains experienced long queues on Monday. It was so crowded that there were people sitting on the running boards, risking their lives. As promised, normalcy has returned,” a passenger told Chrompet station.

In Pondicherry, the private bus associations have expressed their full solidarity with the protesting trade unions. About 1,000 police have been deployed along the Tamil Nadu-Puducherry road, considering passenger safety, they said.