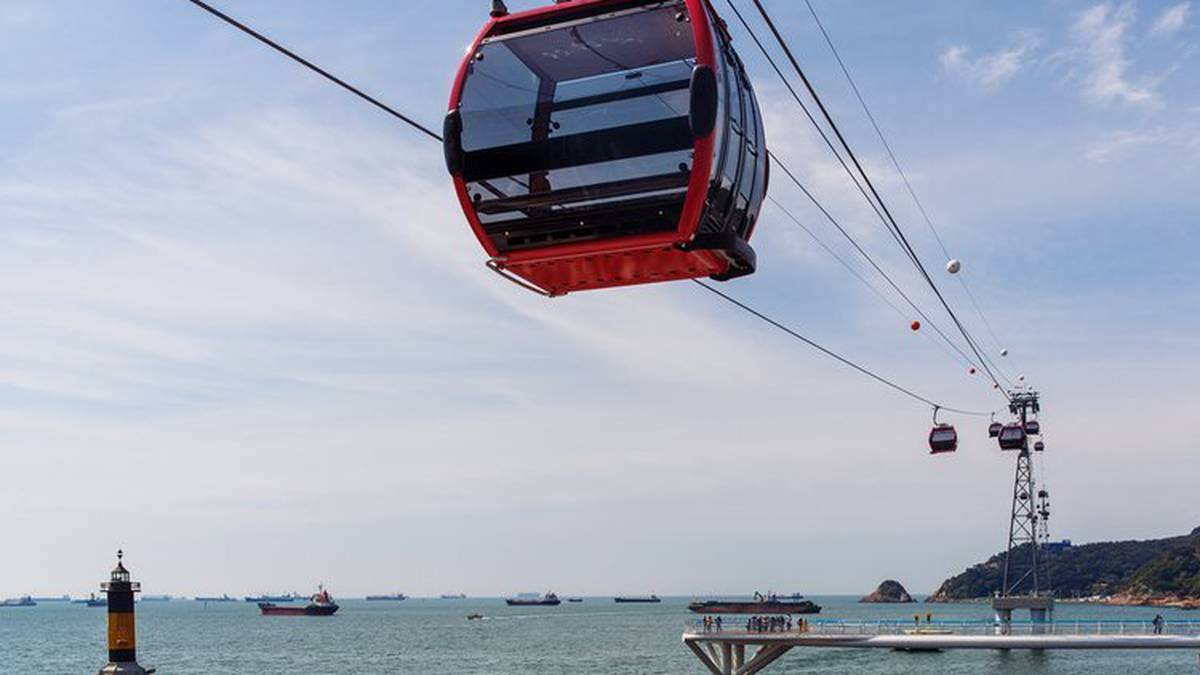 New Zealand’s gondola lines are found in tourist hotspots, lifting holidaymakers to the top of ski areas and toboggan runs – but a company is now proposing the system could be used as a high-capacity public transport system to Auckland.

Austrian company Doppelmayr, which has a New Zealand subsidiary based in Christchurch, has confirmed that it is proposing that a 4.2km line across Waitematā Harbor could be built within two to three years and cost around 200 million, just over a quarter of the price of the government’s $785 million canned bicycle and pedestrian bridge.

“It’s a good opportunity for Auckland to be able to be innovative,” said Doppelmayr New Zealand chief executive Garreth Hayman.

The proposed line would link Wynyard Quarter, Bayswater and Akoranga bus station and could even carry cyclists.

Doppelmayr refers to the technology as cable cars and believes they provide the next level of urban mobility and have proven to be a reliable, safe and sustainable solution to public transport challenges around the world.

Hayman told the Herald the system would also provide a low-carbon, zero-emissions public transportation option for the city.

“One of our main goals is to talk about a carbon-free future and how that can work with public transport and we think cable cars are a great possibility to be able to reduce that,” he said. declared.

He said the gondola could carry 6,000 people per hour in each direction and would operate for up to 20 hours a day.

Last year the government scrapped plans to build the expensive cycle and pedestrian bridge across Auckland Harbor in response to public pressure.

Transport Minister Michael Wood said they would focus on cheaper options like cycle ferries and buses linking cycle lanes on either side.

Auckland Mayor Phil Goff welcomed the development at the time, saying dedicated ferries or buses would be a faster and more cost-effective way to deliver cyclists and pedestrians at short notice.

Doppelmayr has built systems in Queenstown, Rotorua and major ski areas as well as the Wellington Cable Car. Worldwide, they have installed over 1400 systems in 90 countries.

In Bolivia, they have built a network in La Paz that spans 31 km and carries more than 265,000 passengers daily.

Their systems vary in size, from smaller vehicles up to a 200-seat double-decker passenger car.

If the green light was given to build the trans-port line, two to three pylons would be installed between each station.

Hayman admits from a visual perspective that the pylons are their biggest challenge in moving the project forward.

“We will not hesitate to solve this problem. If we look at how they have done it abroad, there is a gondola in London and there is the tramway in Portland – these are projects that they have decided to turn the towers into an architectural masterpiece,” he said.

“So there is this opportunity to involve architects to be able to reduce these effects.”

Bayswater in particular offered a good location for a pylon and would provide a transport link solution to congestion in Devonport.

The company is exploring several financing options, including a state entity and public-private partnerships.

“We are still in the early stages of putting the concept together and for us it would be fantastic to get the support and commitment from the transport authorities,” Hayman said.