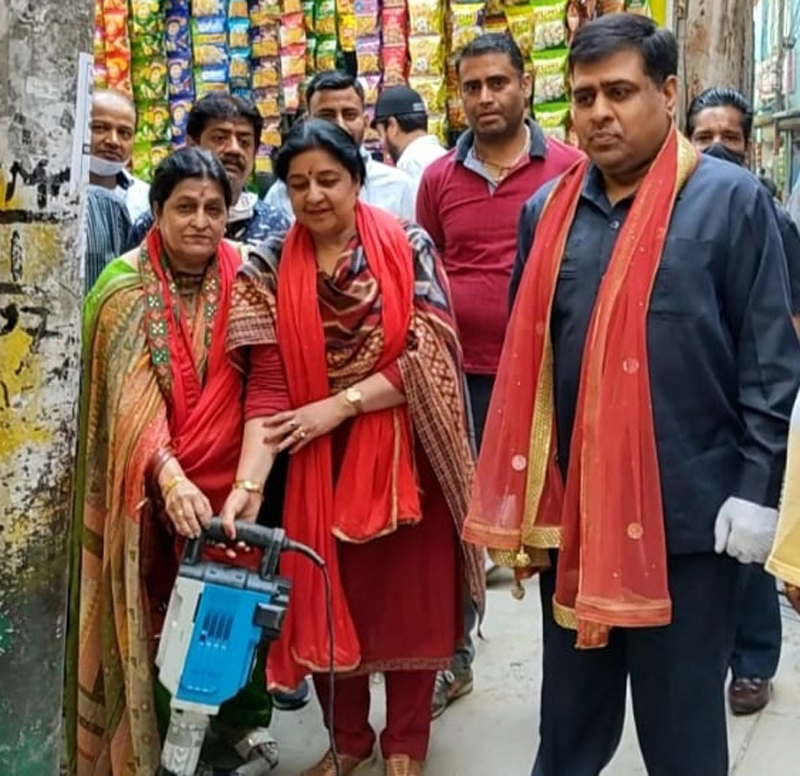 JAMMU, April 2: Jammu Municipal Corporation (JMC) Councilor Anita Sharma has today started track and drainage works at Malhotra Street in Ward 11.
The works will be completed at an estimated cost of Rs. 20 lakh and the lane and drain had been in a dilapidated state for a long time due to which the locals and passers-by encountered a lot of trouble while passing through the lane.
Speaking on the occasion, Anita Sharma called on the general public to come forward and cooperate with JMC in various development works being undertaken in the city of Jammu.
She urged residents to avoid single-use plastic and polythene in routine jobs and to stop dumping debris and trash down drains and public roads.
The councilor further asked people to separate dry and wet waste at their own level so that Jammu can become a neat, clean and beautiful city.
Locals such as Dr. Rajinder Sethi, Asha Kapoor, Seema Sharma, Darshna Devi, Sheru, Rajinder Gupta, Sanjay Sharma, Raman Gupta, Ajay Sharma and others were also present on the occasion.