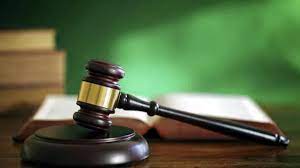 While on the one hand, the creation of new positions and the granting of promotions to eligible candidates by the Joint High Court of Jammu and Kashmir and Ladakh as Munsifs or Civil Judges (Junior Division) is a good development , on the other hand, how to fill these positions have not become so easy due to a host of reasons that we fear should have already been addressed, resolved and therefore foreseen. The rules to date regarding the procedure for filling positions including the academic qualifications to be able to become a Munsif, with reference, are governed by the (Judicial) Recruitment Rules of the Public Service of Jammu and Kashmir 1967, in which it is clearly mentioned that it can be done solely on the basis of the results of the examination conducted by the Public Service Commission of Jammu and Kashmir. If it can take place smoothly in Jammu and Kashmir, it cannot however be the same for the UT of Ladakh following the constitutional changes of October 2019. Should therefore the candidates/promoted under the UT of Ladakh be disenfranchised It is the fear they rightly harbor but the same is duly considered by the Common High Court that no disparity should be there with the UT of the Ladakh.
In this regard, again, the same immediate alternative that seems to respond to the likely emergence of the disparity with Ladakh, however long, is to have candidates from Ladakh also come under the existing civil service (court services) Jammu and Kashmir Recruitment Rules 1967 for the time being but only after amendment. The same views we have previously expressed about the problems created in the UT of Ladakh for candidates for official positions vis-à-vis a separate civil service commission not having been constituted there until present for two and a half years of Ladakh becoming a UT, so a joint PSC for both UTs for the time being, would not deprive Ladakhi candidates of exercising their legal and democratic rights to face a contest through the process of PSC to be recruited and selected from the official frameworks that are otherwise available to J&K candidates.
However, in this regard, the Common High Court may have jurisdiction over both UTs. Hence, the responsibility again fell on the Common High Court which found an easy way by suggesting an amendment to the Civil Service Recruitment (Judicial) Rules of Jammu and Kashmir 1967 and accordingly sent to the Department of Law, Justice and Parliamentary Affairs of the Union Territory of Jammu and Kashmir.
We estimate that, taking into account the feasibility of the question and to compensate for the shortage of judicial officers in our jurisdictions, the service concerned must examine the proposal in order to make room for the filling of these positions and give its acquiescence to the proposal at the earliest. Not only that the question takes on its own importance because of the measures required at any level whatsoever to alleviate the shortage of judicial officers in the courts and to have fewer cases pending, but also in the general interest of unemployed but otherwise eligible applicants. regardless of department to fill various vacant or newly created positions. This would give a broader impression of the UT government being fully aware of addressing personnel issues as these were related to livelihoods/earned eligibility for due promotions etc.